There are quite a few strange situations in League of Legends, the explanation of which is not so obvious. Gamers in recent days have encountered a mysterious character called “TestCube”, which in some way broke the rules of LoL.

Why? In Ultimate Spellbook mode, by default, everyone starts with level 3, while the game shows “TestCube” after several dozen minutes, not even level 3, but level 1. It looks really weird and it’s no wonder it has made the players very concerned.

One player on Reddit asked why there is a Level 1 “TestCube” in his game since it is an Ultimate Spellbook where you can’t have Level 1. The player suspected that this was some way for Riot to test something, but it was not fully known what it was about. 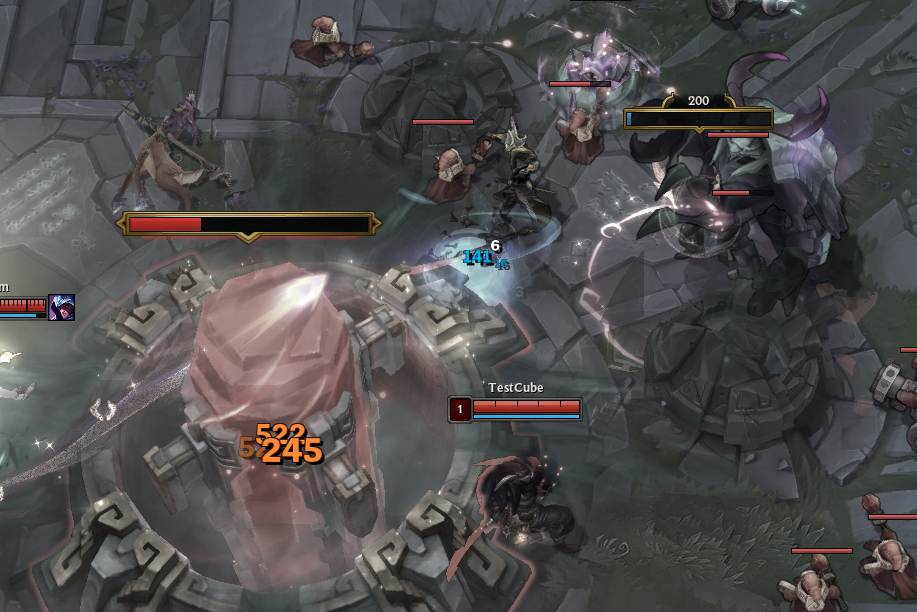 How is it possible to explain this? League of Legends is based on minions, and most terrain-shifting skills are made of them. A good example would be the Anivia wall that Fizz could have passed through a few years ago (Passive that allows you to walk through the minions).

The “TestCube” is sort of like a Yasuo clone that is used to “smooth” the ultimate. It sounds bizarre, a lot of people will never notice, but actually, Riot uses minions for a lot of different tasks.

Normally, when Yasuo uses his ultimate, he dashes to the opponent as well. In this particular game mode, other people can use the hero’s ultimate, but since they don’t have a dash animation (it’s only for him), the game instead creates a temporary Yasuo that dashes, quickly disappears, and the hero’s character appears where Yasuo would normally be. It is all a bit complicated, but it is the best explanation possible for what “TestCube” is.

However, as is the case with the League of Legends code, something broke and the clone remained visible on the map.