Vex and portals that interacted with other heroes’ abilities. Why didn’t this idea work out?

League of Legends heroes receive more and more interesting mechanics. Ranging from Akshan’s ability to resurrect his allies, ending with a slightly older Viego who is able to take over downed opponents. With each premiere, Riot tries to attract players in some way and put in the hero’s kit something that will be characteristic of him.

However, this is not always possible due to the limitations that both designers and developers at Riot Games have to grapple with. What mechanics could Vex – the newest League of Legends heroine get?

You can read about the character creation process and what her early concepts looked like in another dedicated article (Riot on the newest LoL heroine – what the development process looked like, early concepts and more). The new character’s skill set is relatively easy to understand, but that doesn’t mean Riot hasn’t been trying to do something crazy with her.

This type of thing is the early concept of a single skill that interacted with the skills of both allies and opponents.

Originally, Vex’s gameplay, planned by Nathan “Lutzburg” Lutz, involved the creation of portals that extended the range of missiles sent by allies. You could have Miss Fortune’s ult with twice the range, Blitzcrank hooks appearing almost out of nowhere, and similar terrifyingly fantastic experiences. There was only one snag: it would take a huge budget to create such visuals.

This is not an exaggeration. You would need to completely rework the effects of nearly every projectile sending skill to interact with Vex. And it just wasn’t feasible. 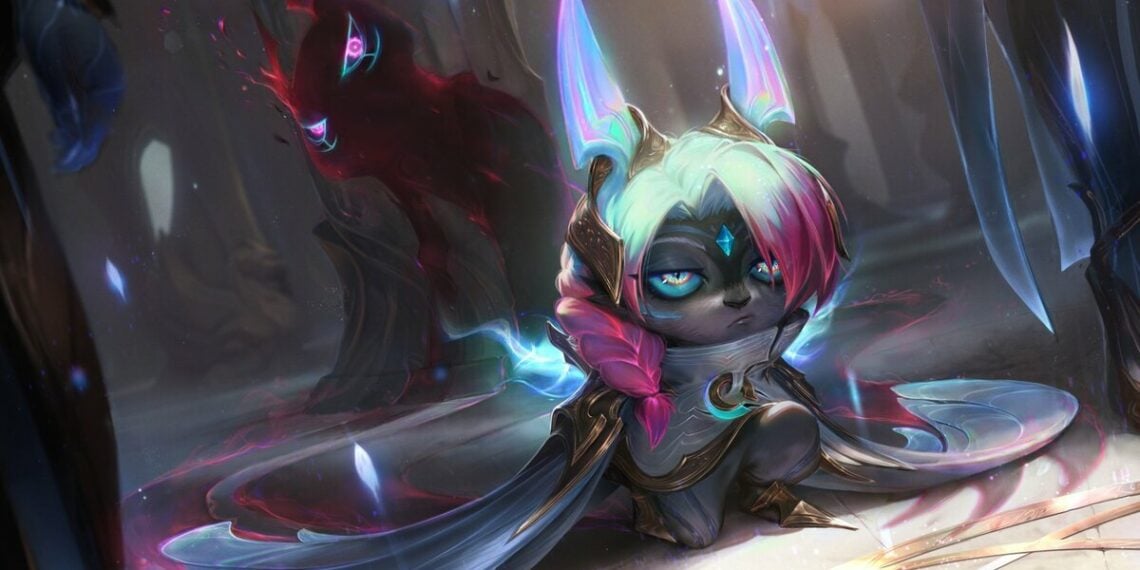 Since there are so many characters in League of Legends that would interact with Vex, it was necessary to rework their ability animations, which turned out to be an impossible task. As one of the Rioters – Lutzburg says about it, building this type of ability was relatively easy. But then it was revealed just how many complications adding it to the heroine’s set would have caused.

I was actually able to build this prototype in less than a day, and the mechanic was a ton of fun. Opened up a thousand cool combos that affected all 150+ champs in the game.

The rest of the team was originally confident that they could come up with a shippable solution after we got out of the prototype phase, but after investigating it for a long time, they made the tough call that it wasn’t feasible. The article is 100% accurate. All of Vex’s abilities synergized with the missile extending portal so without that, none of her kit made sense anymore. So really, there are two complete Vex kits – the one that shipped and the one nobody outside Riot got to see (and never will, don’t ask).

So the developers couldn’t afford to make such a sacrifice as it would undoubtedly be to design special animations for the abilities of all heroes that can be found in League. However, there is a chance that creators richer with new experiences will prepare in a more appropriate way to design these types of skills, and its concept will return.