Riot has answered player questions about Vex – one of the newest characters announced this year. What is known about her?

Vex has been around for a long time. Initially, there wasn’t much disclosure – Riot said one of the newest characters would be a darker-themed Yordl. Soon after, the fans began to look for various leaks and concepts that would reveal at least a little about the appearance of the heroine.

This one was gaining popularity so quickly that long before her real name and the final version of her appearance was revealed, she already got her own pages on the Internet. The players created fanarts and called themselves mains, although they didn’t really know what their new beloved character would actually look like.

What more is known about the new champion?

Vex in League of Legends

It’s no wonder that currently a lot of players are asking Riot for more details about the heroine. Fans are curious to know exactly when she will hit Summoner’s Rift, what skin she will get, will she be strong, and so on.

Naturally, Riot cannot reveal much information, but during one of the conversations on Reddit the topic of the premiere of Vex was raised. Ryan “Reav3” Mireles, in response to a question from one of the players, wrote:

The players were wondering if the new character would be like it happened with Akshan – this one, despite being released during the Sentinels of Light event, got the first skin that is not related to this event in any way. As you can see – Vex will not share his story and will receive a skin that will be thematically related to the theme during which she will go to Summoner’s Rift. 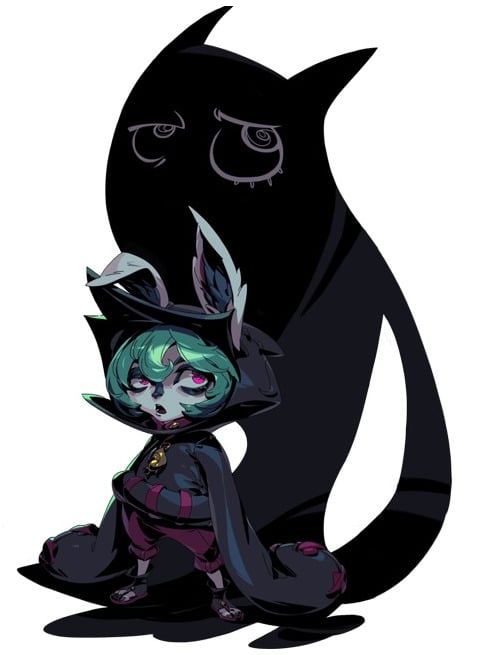 Some fans began to fear that such plans could spoil the excitement of the community – there is a lot of talk about Vex at the moment, but in a month or two all the hype may stop. However, not everyone thinks it is possible. According to some, the emotions triggered by the announcement of the new Yordle are so great that from the moment the new character is announced to be of this race, they only grow.

In fact – Vex is gaining a lot of fans all the time, even more drawings are made with her, and it’s safe to say that for some players it will be one of the most exciting premieres of recent years.