Garena is a slightly different server in League of Legends, and although it is connected to Riot Games, it has slightly different rules. Among other things, Garena can freely manage incoming patches, content in the client, and even the currency.

For this reason, it’s hardly surprising that the client looks different and the patches don’t come out at the same time. According to many, this is a great example of a profit-driven League of Legends, what does it look like?

Garena’s client on another level

League of Legends has servers all over the world and most of them are owned by Riot. However, Garena, which is a server from the Southeast Asian regions based in Singapore and Malaysia, is slightly different. It’s not regulated by Riot, but updates are still developer-driven.

However, they can manage them freely, so patches do not have to enter the servers at the same time. The premieres of new skins work similarly, all players can now purchase new Projects, but not Garena players. They will be able to do this in a week, and now they can only draw them in the gambling game that is advertised in the client. 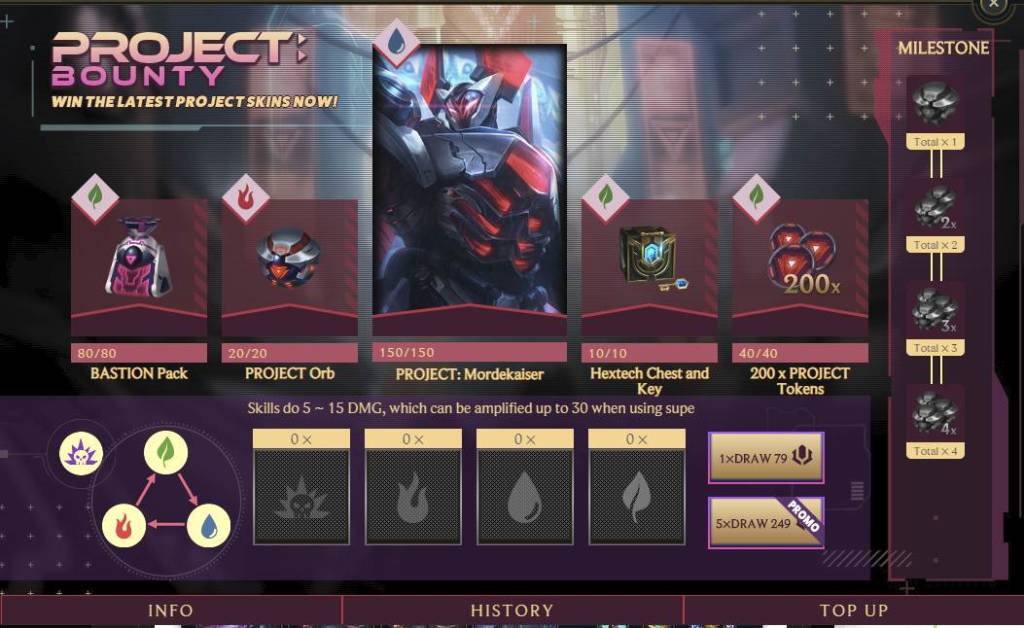 How does the event work?

This means that if we want to get a skin, capsules or tokens, we have to take part in a game based on luck and we will probably spend more RP than if we bought a skin in the store. The whole thing will last until June 3, and only then will the skins be available for purchase.

Is it wrong? If Garena’s players like this situation, probably not. Of course, none of us imagine that Riot Games would use similar practices, but it is possible that similar games will also appear on official servers, although to a less invasive extent.