Gamers show how much Ziggs has changed with the last update.

Today, the update marked 11.12 has hit the official League of Legends servers. Several champions have been changed and new skins from the Pool Party series have been added.

Among the buffed characters is Ziggs, who is not seen very often on Summoner’s Rift. Many players even consider him dead. Recall that some pages do not display his statistics at all, showing only the “RIP” status. 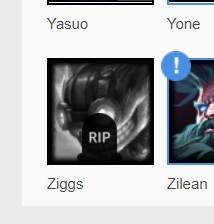 Because of this, Riot decided to give him a bit of a boost by giving him more Q damage and ult speed.

While the changes don’t seem big and it’s a 20-point difference on the last skill level, it does change the waveclear level. As well as its 700 faster ultimate, it can now traverse the map in a much shorter time. This is perfectly demonstrated by the comparison made by Reddit user “LPGjustJohnny” :

He also described why Ziggs will now be broken, especially on the pro scene: 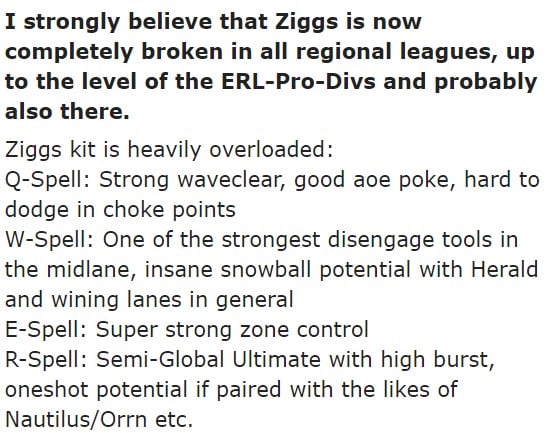 We should also remember about the huge range with which he constantly beats opponents before and during team fights. All this can, according to him, mean that the champion will be seen very often at various tournaments. Will this happen? This is not known and we can only wait and observe the pro scene.