One of the items affecting mobility will not receive the previously announced changes.

The 11.13 update got loud thanks to Rioter, who published news regarding what the team is currently working on. One of the issues raised was the item changes affecting heroes’ mobility.

The Force of Nature fixes for the upcoming patch have been postponed. What was the item supposed to look like and why did the developers withdraw from its changes?

READ MORE
A great skin concept for Seraphine – Pool Party. Should Riot add it to the game?

What about the Force of Nature changes?

Riot Jag has informed interested players that this item will not receive changes in an upcoming update due to feedback from the community.

We’re pushing back the Force of Nature changes by a patch. We wanted to ship them with 11.13’s Mobility changes, but pivoted on the direction due to player feedback. 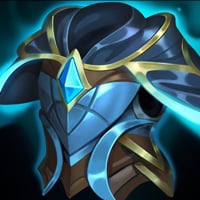 ALSO – What happens when the owner of all emotes in LoL exchanges one of them for unknown?

It is worth recalling what exactly the changed item was supposed to look like.

At the moment, it is not known what fixes the developers will decide to apply, but due to the fact that it will probably go to LoL in patch 11.14 on July 8, players will soon get to know its new version.