Minecraft sometimes surprises not only with new features but also with funny bugs. These allow you to stand out quite well.

Mistakes happen in virtually every major and minor game. They are an inseparable element of every production, including Minecraft. Sometimes bugs can be annoying, other times they are a great way to surprise your friends or completely unfamiliar players.

Something that will surely stun many people will be tracks built vertically. A Reddit user with the nickname “MisterInSayne” shared his video showing exactly how to do it.

Tracks built upwards instead of on the ground

What would you say if you saw tracks built upwards on a server, instead of normally? The first reaction would surely be to ask yourself how this is even possible. 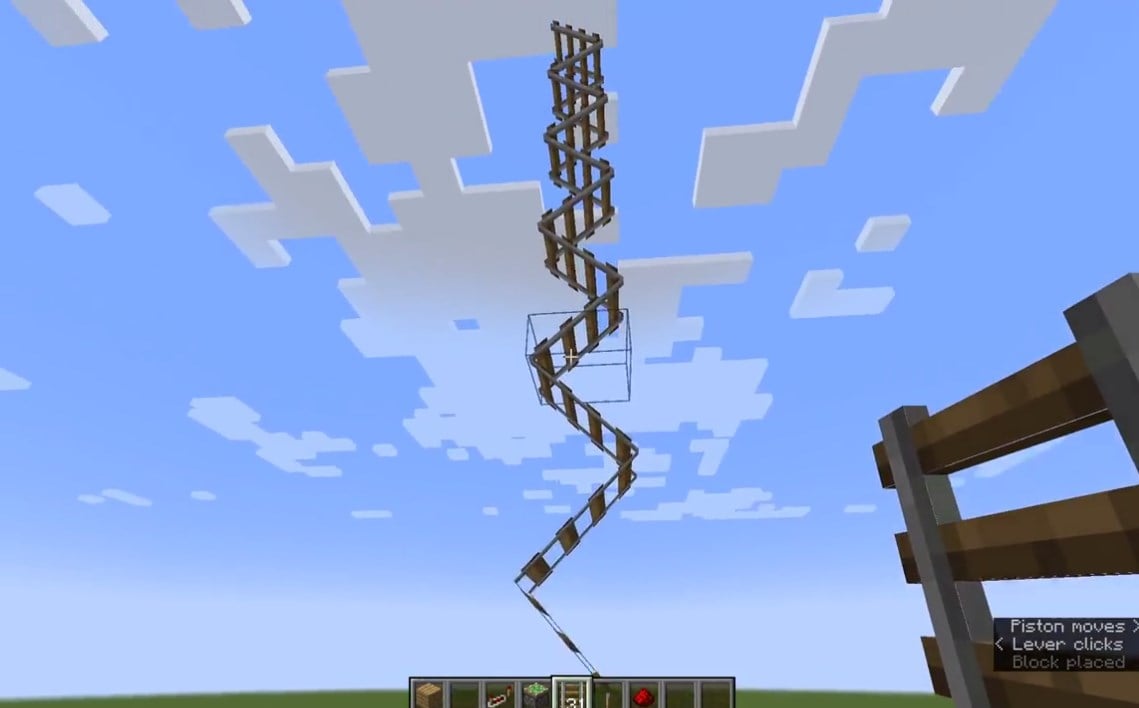 And yet it can be done quite simply. It is enough to use some mechanism created by “MisterInSayne”.

At the moment, it can be safely said that this is a bug. Until it is repaired, people will be surely happy to use it. Why? Because it’s something unusual that allows you to stand out, even if it’s completely useless. The mechanism has several versions, as shown, among others, by YouTuber “Dave F”.

It is worth mentioning that unfortunately such tracks cannot be interacted with. If you try to put anything on them, they will simply be destroyed. So this is a purely visual error.