This mine generated in the new caves coming to the game in Update 1.17 looks incredibly amazing.

A lot of changes are on the way in the upcoming 1.17 update. New mountains and caves will be added to the game. These can already be seen by the players thanks to test versions regularly added to the game. Some structures that are generated both on the surface and underground will also change. One of them is the mine, which, due to the possibility of generating itself in much larger caves, can now be hanged

The view that appeared to one of the players who traversed the new dungeons, however, can surprise with its unique appearance.

A beautiful mine generated in a new cave

A user by the name of Biggest-Ja shared screenshots showing the mine, which was generated almost entirely in the air. Natural lighting in the form of glowing berries and lava lakes gives this place much more atmosphere. 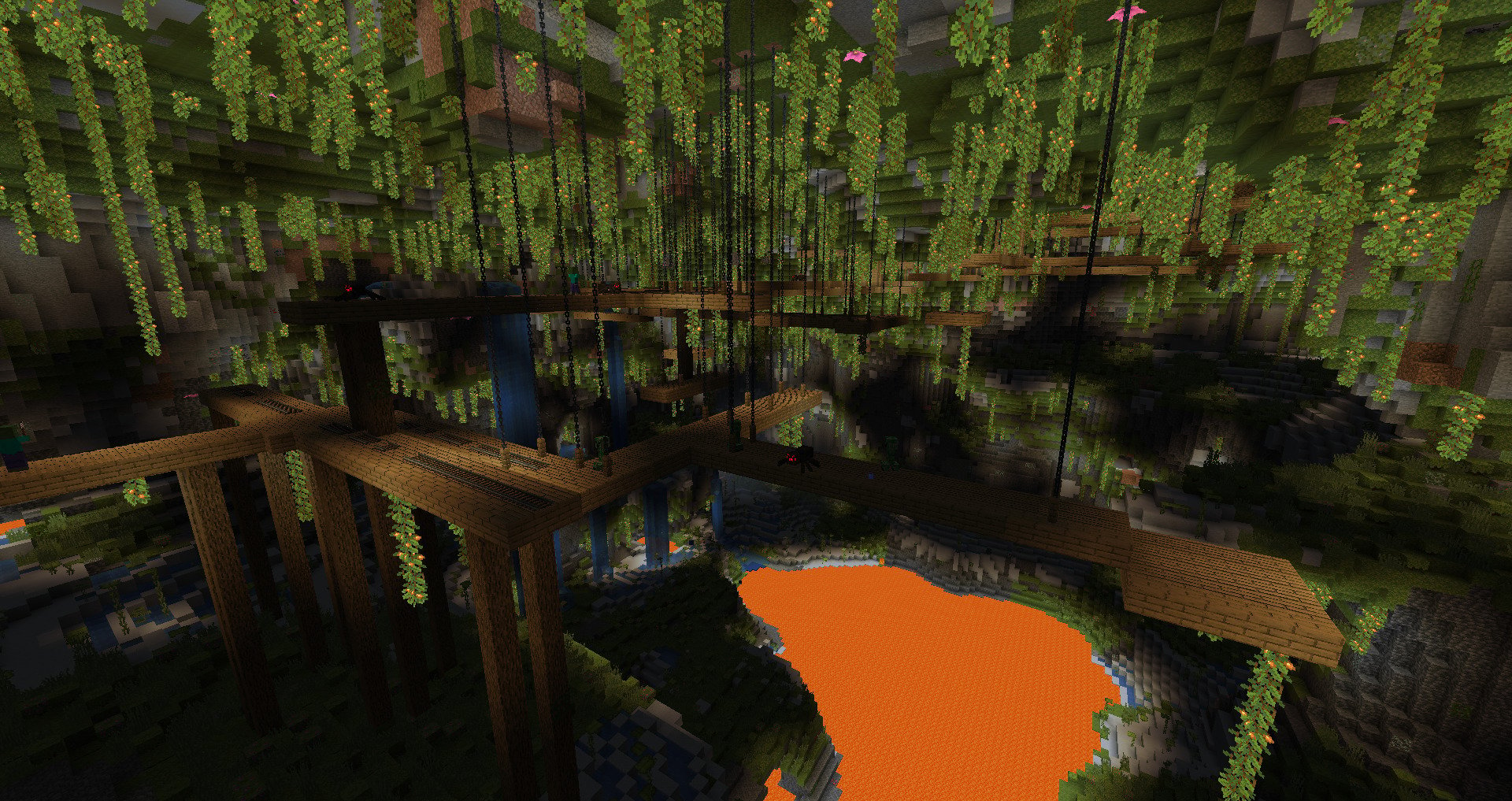 ALSO  – How much do the best Minecraft builders earn? A new report reveals -we are talking about milions

The player also shared the seed and coordinates so that everyone could visit this place on their own. We should keep in mind that the world must be generated on the latest 21w14a snapshot and in “single biome” mode with “lush caves” selected as an option. 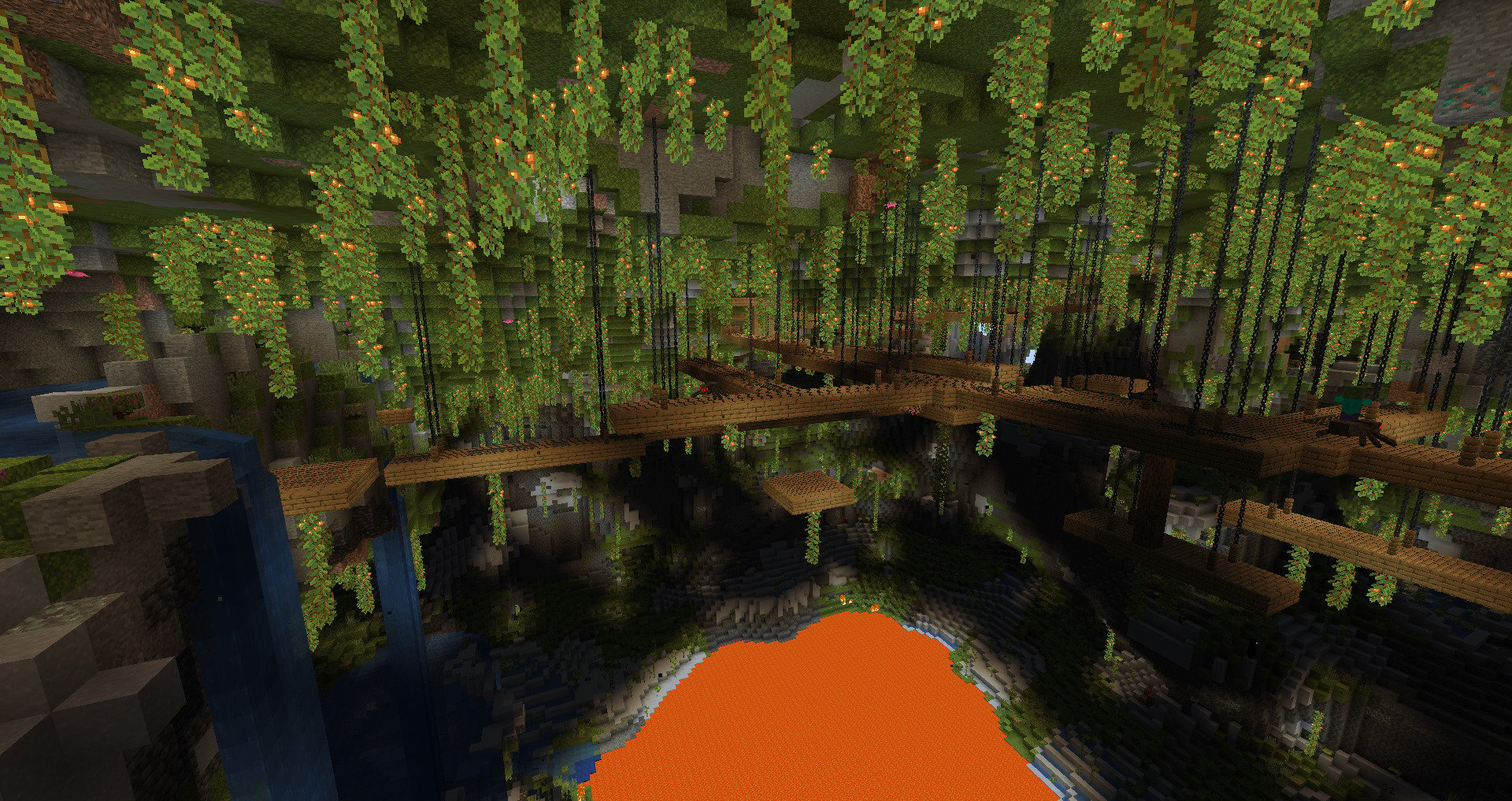 The new caves look really impressive and most players openly say that they can’t wait to see what the dungeons will look like with all the biomes implemented.