Minecraft has completely taken over the builders’ market.

Despite the passage of time, Minecraft still reigns supreme in the subject of building games. This is confirmed by the latest “bankrate” report, which compares the most popular Mojang builders with games like Sims 4 or Terraria.

It turns out that TOP 10 has been completely taken by people associated with Minecraft, who create content built in this production. 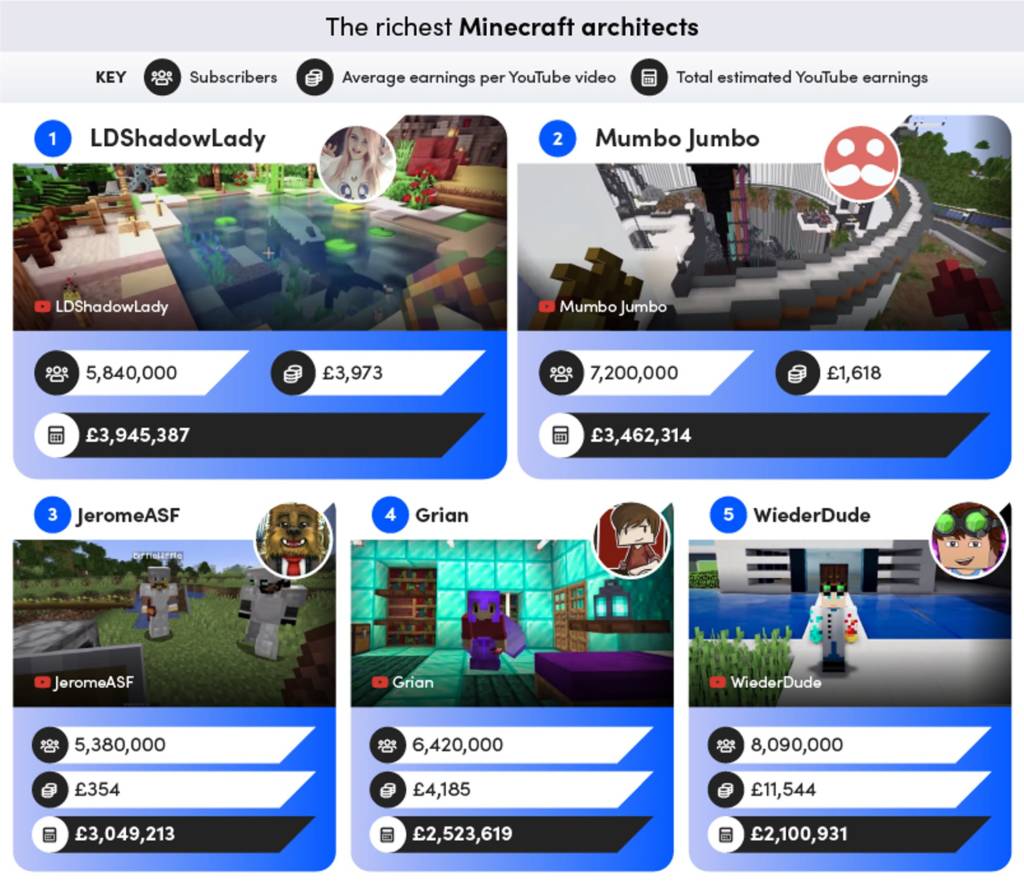 The “bankrate” report was prepared on the basis of YouTubers and their expected earnings. Minecraft, Sims, Terraria, and Animal Crossing: New Horizons were taken into account. It quickly turned out that they are to earn the most money from videos.

The record holder here is LDShadowLady, who earned nearly £ 4 million on her films. Minecraft gives up only the 13th position in the favor of The Sims 4. 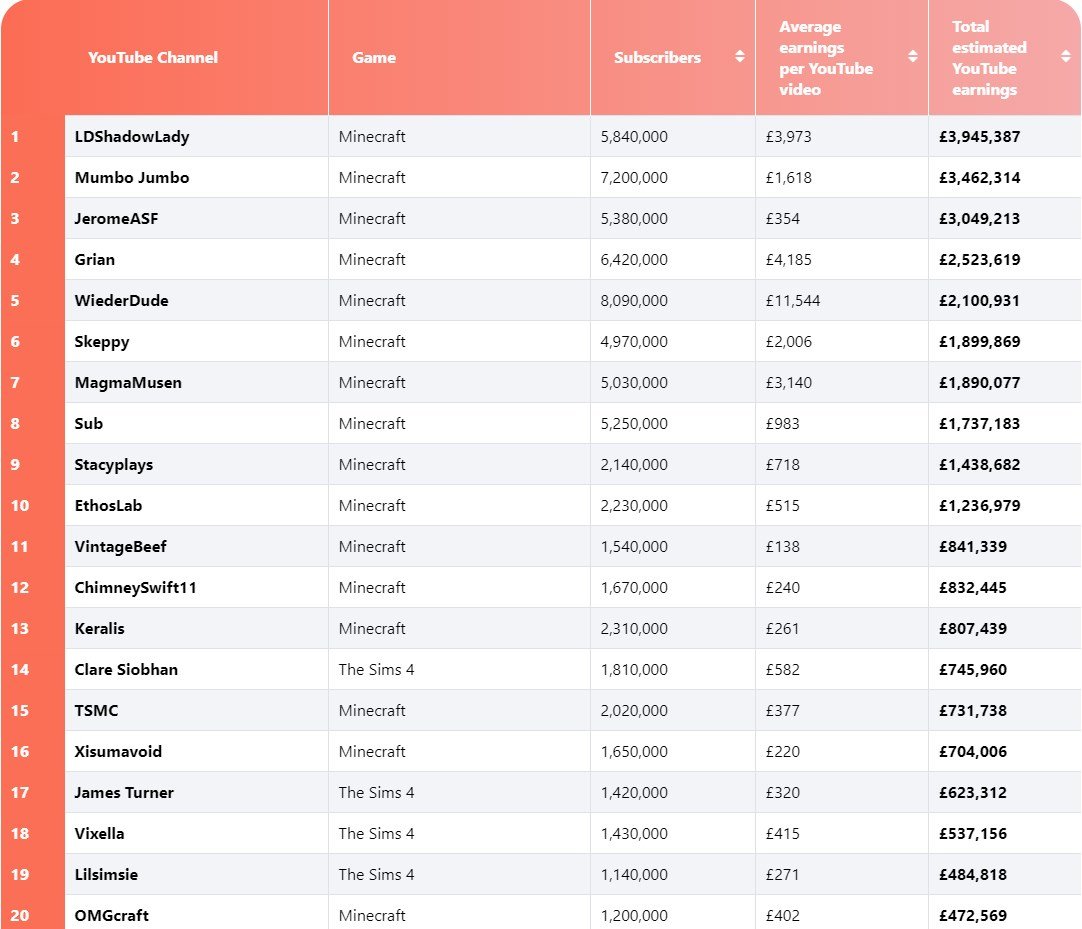 The earnings from live streams from Mojang production can also be enormous. After all, it is one of the most popular games in the world.