Why can’t younger players in this country play Minecraft?

Most gamers, when asked which game is most friendly to younger audiences, would say it is Minecraft. A game in which it is difficult to talk about violence, and the creative mode effectively stimulates the imagination of many children. Production in many countries is also used as an educational platform, and the Redstone mechanics have stimulated many young programming talents.

Due to these features of Minecraft, it is difficult to imagine that the game would be placed on a par with some productions that display much more content that might not be suitable for younger players. In this country, however, Minecraft is only restricted to people who have already had their 19th birthday.

READ MORE
Are you complaining about your computer while playing Minecraft? Some people have it even worse

Minecraft for adults only

As of July 6, one of the most popular games in the world has become unavailable for South Korean players under 19. The restriction is due to a controversial law that prohibits children from playing between midnight and 6am. The law has been in force in the country since 2011, and some developers have implemented solutions that prevent younger players from playing during these hours. However, Microsoft has decided to restrict all Xbox Live accounts to people under the age of 19. 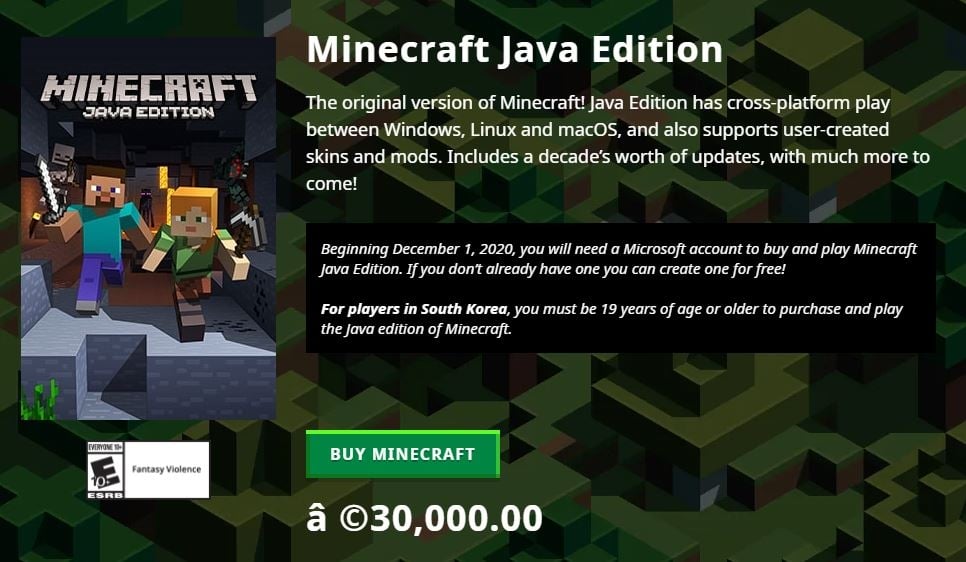 Until now, it was possible to bypass the limitation by logging in with the Mojang account, but due to the started migration of accounts, it will not be possible soon, because on the Microsoft platform an account can only be created by adults who are.

We are working on a long-term solution for both current owners of the game and those who want to buy it and are under 19 and live in South Korea. We will provide more information at a later date this year.

The game’s makers’ move nevertheless angered the local community, which blames the law. Controversial restriction laws appeared in 2011 to curb nighttime gaming and prevent the development of gaming addiction among children.

Critics of this law point out that a large number of younger players are able to circumvent the restrictions with the help of foreign accounts or parental identification data, and that it is a demonization of the culture of computer games, which at the same time does not solve the problem of addiction in any way.