New mobs can provide a lot of excitement, but understandably, they still have at least a few bugs.

Update 1.17 brought another breath of fresh air to Minecraft. The game, along with other novelties, included Axolotl. These are very distinctive mobs that have become the main course of the entire patch.

Why? In the first hours, everyone hunted for the blue version of them. Let us remind you that it is really extremely rare, the chance of meeting it is 1 in 1200. Now, however, it is about something completely different.

READ MORE
15 of the most interesting Minecraft seeds for version 1.17. What do you absolutely need to check?

Helicopter out of mobs

This was officially reported as a bug back in 2020. It is about a situation where the caught mobs start spinning around the player at high speed. The bug has officially been in the game since last year, but only now shows what it really can do.

It is really easy to do and requires no additional knowledge. The effect may be astonishing. Two or three Axolotly that follow the player are one thing, but the swarm of them makes a completely different scenario. 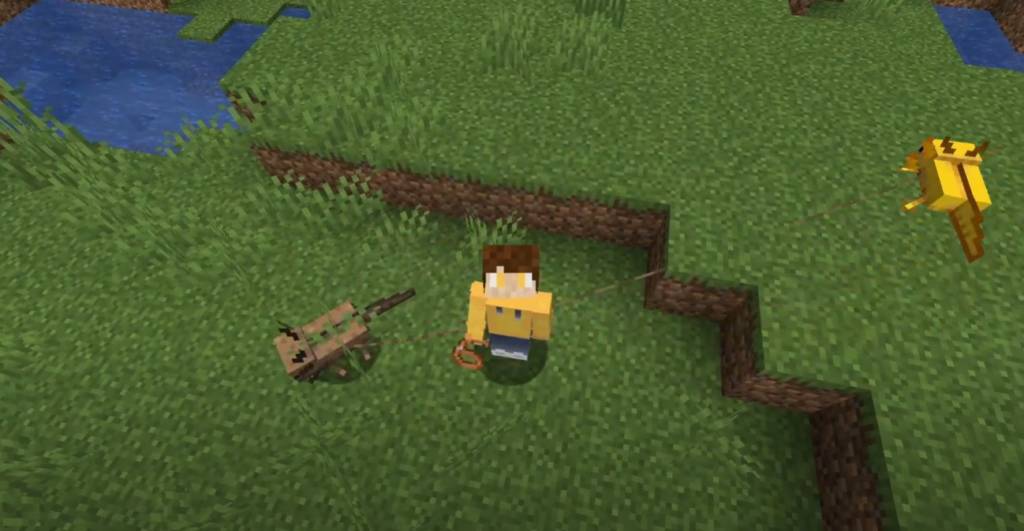 This is why the video shown by a Reddit user named “Sub2Tubby” quickly became a hit and landed on TikTok almost immediately.

It’s very possible that Mojang has it on its fix-up list, and it won’t be possible to make something like this very soon. By then, well, Axolotl had become an unusual means of transport that worked until the first “landing”.