The creators of Minecraft have answered a lot of questions about the map generator, which will come to the game in version 1.18.

The first part of the caves and cliffs update has finally been handed over to players. The community can find a lot of brand new blocks, mobs, and some of them also add some mechanics to the game, such as the Glow Squid and its glowing ink.

Due to the postponement of the addition of new mountains and caves, many questions have arisen for both versions 1.17 and 1.18. The creators decided to answer the most frequent ones.

A video appeared on the official Minecraft channel on YouTube, in which Alex, the developer of Mojang studio, and Agnes, known from previous messages addressed to players, answer individual questions about the latest and next update of the game. What were they and how did the employees respond to them?

Why not just release everything in the part II update?

Releasing a set of features in the first part of the update allows us to focus down on a subset of all the features. It also helps us quite a lot to achieve the goal of releasing everything as early oas possible to you, so we can get feedback on it.

What’s your favorite feature in part I?

Agnes: When I play Minecraft I really enjoy to tell my own stories about my Minecraft world and then, for example, copper actually gets really exciting, because copper adds history to Minecraft. For me as a storyteller, it’s super interesting to have houses that start to oxidize and then I can see that they’ve been there for a really long time. That really inspires me to my stories. 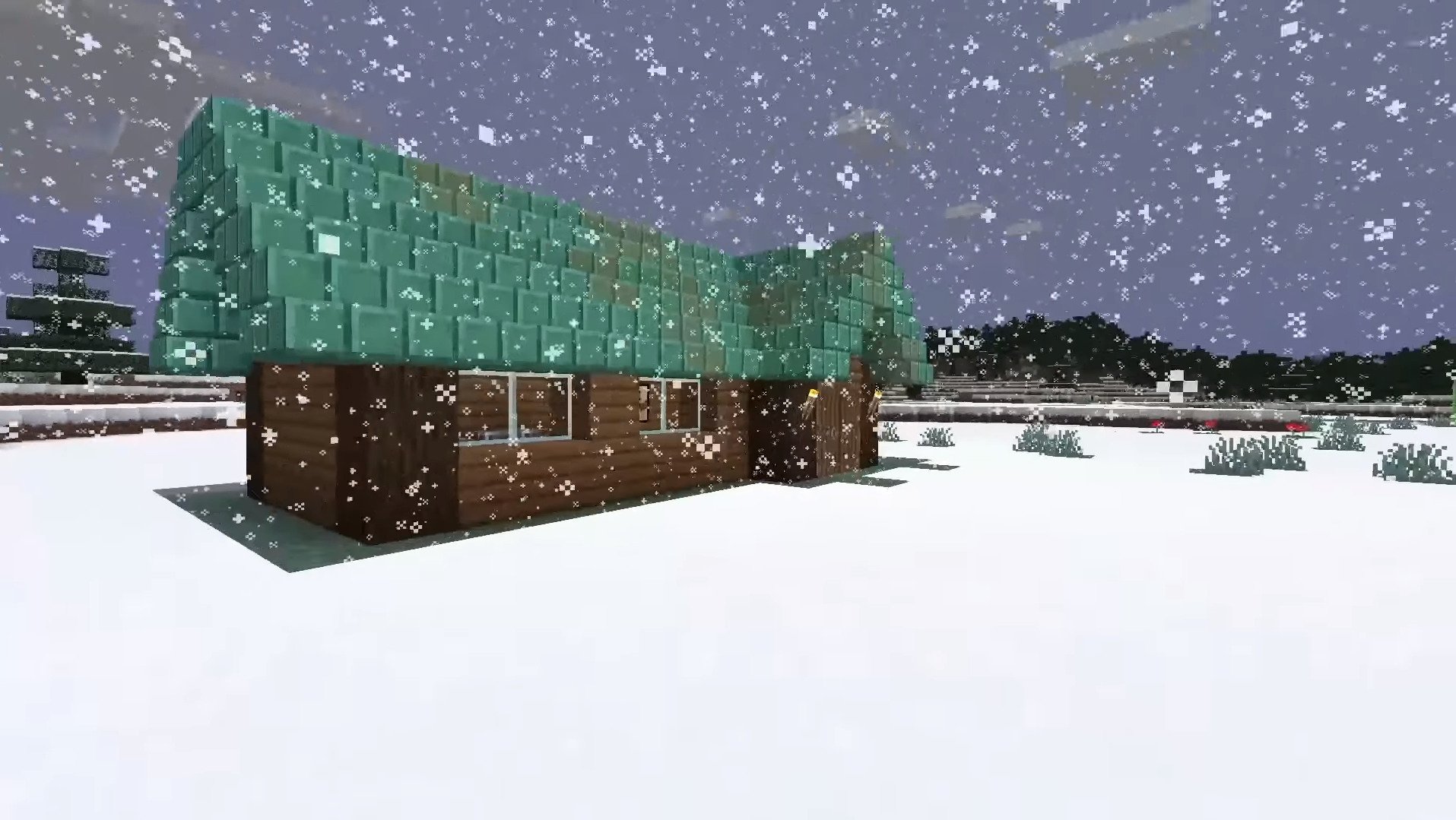 Alex: I’m an avid skier, I love hiking up and skiing down mountains so my favourite feature without a doubt is going to be powder snow. It finally brings mountaineering into Minecraft and I’m really looking forward to having power days but with friends.

How will the version numbers work for part I and part II?

How will biomes work in part II, will there be 3d biomes?

How does the mountain generation work in part II?

The mountain generation in part two will eventually just be an extension of the terrain generation that we have right now. If you look out into the world with very blurred vision you can see representation of two kind of mountain types. One type you can call them hilly an example of this might be Mount Fuji or Kilimanjaro where you have a very hilly top of the mountain.

Another mountain type could be very dramatic or very steep. You can find those types of mountains in Patagonia, or the classical example is Matterhorn. So the tricky part has been drawing from my experience of actually exploring mountains. Trying to recreate that adventurous feeling inside Minecraft, but still preserve the pure Minecrafty feeling of the world. 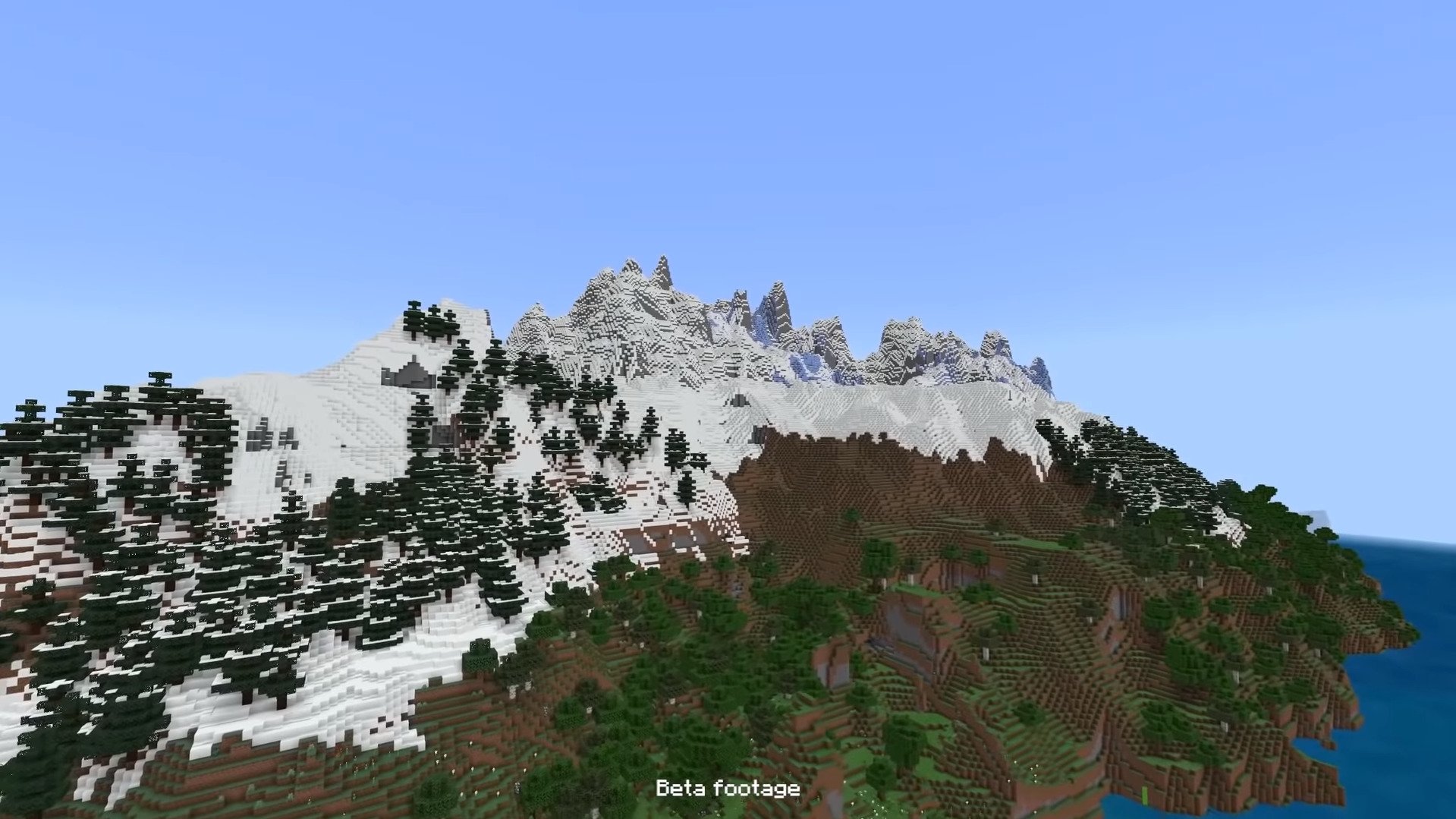 With Caves & Cliffs it feels like Minecraft is becoming less and less simple, is that a conscious decision?

This is an exciting question. Caves and cliffs is a huge update it adds so many new mobs, blocks, environments, mechanics, but we still feel that we are keeping the simple beauty of Minecraft. That’s so important and we have thought quite a lot about what things are most important to keep to make sure Minecraft continues to be Minecraft and that we can have and enjoy this game for a very very long time.

Some of these things are one is definitely like simple interactions. It’s easy to learn how to interact with the Minecraft world and when you learn then you will realize all the complex things you can do by combining all these simple things. And one thing is also the simple visuals, but still beautiful, and we feel we are keeping those as well for sure more environments. So much contrast and so much variation, but the environments are still made out of blocks  and it’s still gonna be the threshold.

What are the goals for world generation in part II?

We think that we’re actually in quite a good place regarding cave generation and mountain generation.

I can start to feel the resemblance of actually following a ridge up to a mountain and then finding peaks and exploring around it which I think is a great position for the game to be in. The biggest challenge now and our primary goal  is to combine this generation together with the rest of the terrain generation to make them  naturally fit into the Minecraft environment.

Will branch mining still be doable?

Yes this has been an explicit goal from the get-go, but we also wanted to add more strategies without invalidating the old ones

Will the split of caves & cliffs affect future content?

So of course we will spend lots of time effort and love on really finalizing caves and cliffs and making sure we can release part one and part two in good quality, but we do actually also have some plans for what’s going to happen after caves and cliffs so that feels very exciting and the plan is that we’re going to announce this on Minecraft Live 2021. I will not say more now but I’m excited and I hope you will be excited as well!