As you can see, food instead of a mouse and a keyboard is becoming more and more popular.

It is known that controlling games with vegetables is not the latest discovery, for a long time you can find videos on Youtube in which streamers played bananas in LoL or a baguette in COD. Now it has made its way into Minecraft as well.

At the moment when most gamers want the best keyboard, the most touch-sensitive with the best possible buttons, some choose a different route. Of course, it makes no sense in the long run, and it stops working after a while. However, there are some daredevils who try their hand at controlling the game using food.

READ MORE
One of the Minecraft players was happy finding the amethyst geode. However, the enthusiasm did not last long

In this particular case, the potato was sliced. Each slice was assigned to a given key. So we had the standard WSAD, Shift or Ctrl, but made of potato chunks. Is it possible to play like that? Sure, as the example of “Seth_Altobelli” proves.

It is similar with bananas. Then the players use the whole bananas, plug them in with cables and by pressing on them, they get an in-game response. 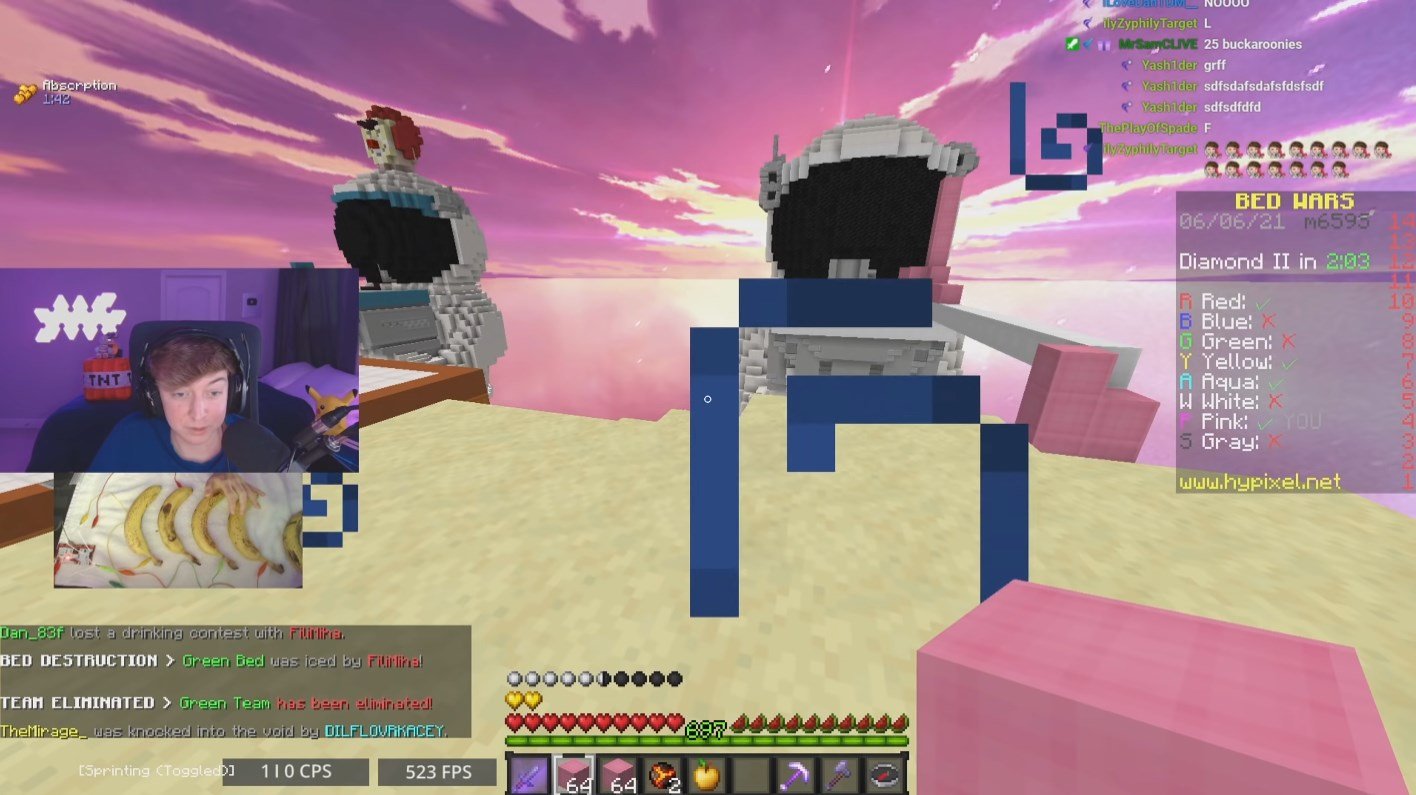 Of course, it does nothing except having fun, which often ends after a few minutes – just a little nervousness and the whole potato or banana ends up crushed.