Enemies’ weaknesses in Minecraft – what is worth knowing?

It’s not easy for a player who has just started playing in the new Minecraft world. Many creatures in the game will want to hurt them and, overall, make playing more difficult.

Minecraft, however, is such an extensive game that most of the hostile mobs have certain weaknesses which can be used to the player’s advantage. So what are the creatures that can be found in this cubic world afraid of?

What are mobs in Minecraft afraid of?

Enderman is one of the most dangerous mobs in the game. In the early stages, he deals relatively high damage and his attacks are difficult to dodge.

However, this mob has a weakness that can save the player when he runs away from the creature. It is afraid of water, as it damages it. The rain will also hurt it, so Enderman will try to hide under the tree.

While looking for inconsistencies, players focused on one of the items. For some reason, despite having water inside, it does not protect against fall damage. What is the connection between the item and the Enderman? It surely can get into the water but, interestingly, it won’t kill it.

Creepers will run away from cats. If you are worried about your building in survival mode, it is worth considering to find yourself a kitty. 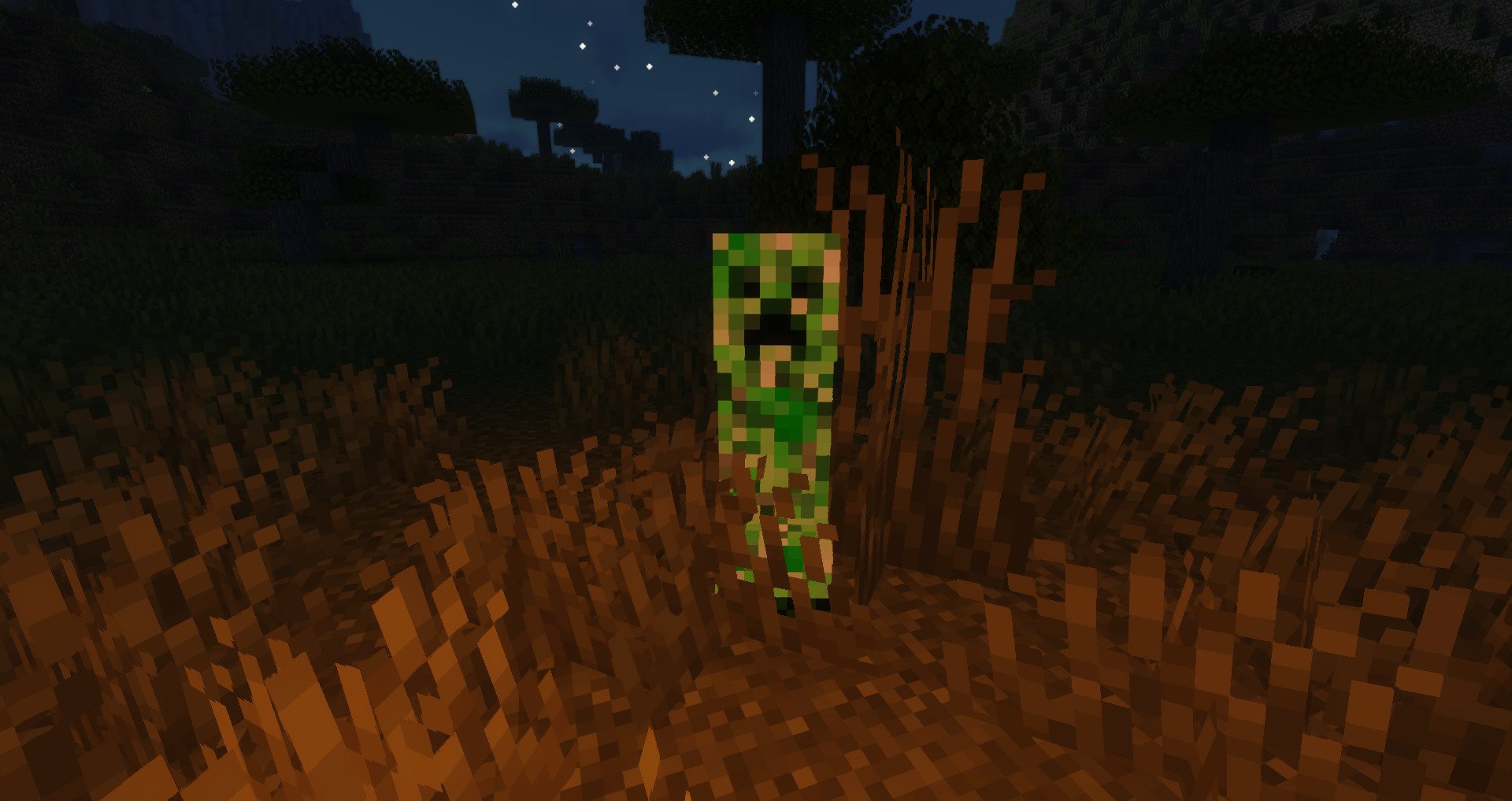 Zombies are among the first mobs the player will face in the new world. Fortunately, they only appear at night and in caves. In the morning, a mob that spawned in the night before will avoid the sun at all cost and try to hide in the shade of a tree.

Pandas are not necessarily aggressive, but it is worth mentioning the behavior of this unique animal. They have several personalities, and a worried panda will shake and cover its eyes with paws during a storm.

A snow golem, like a panda, is a neutral mob. Although it cannot hurt the player, it is often used to generate snow. Therefore, it is worth remembering about its weakness – deserts. The mob will literally melt in the sand. 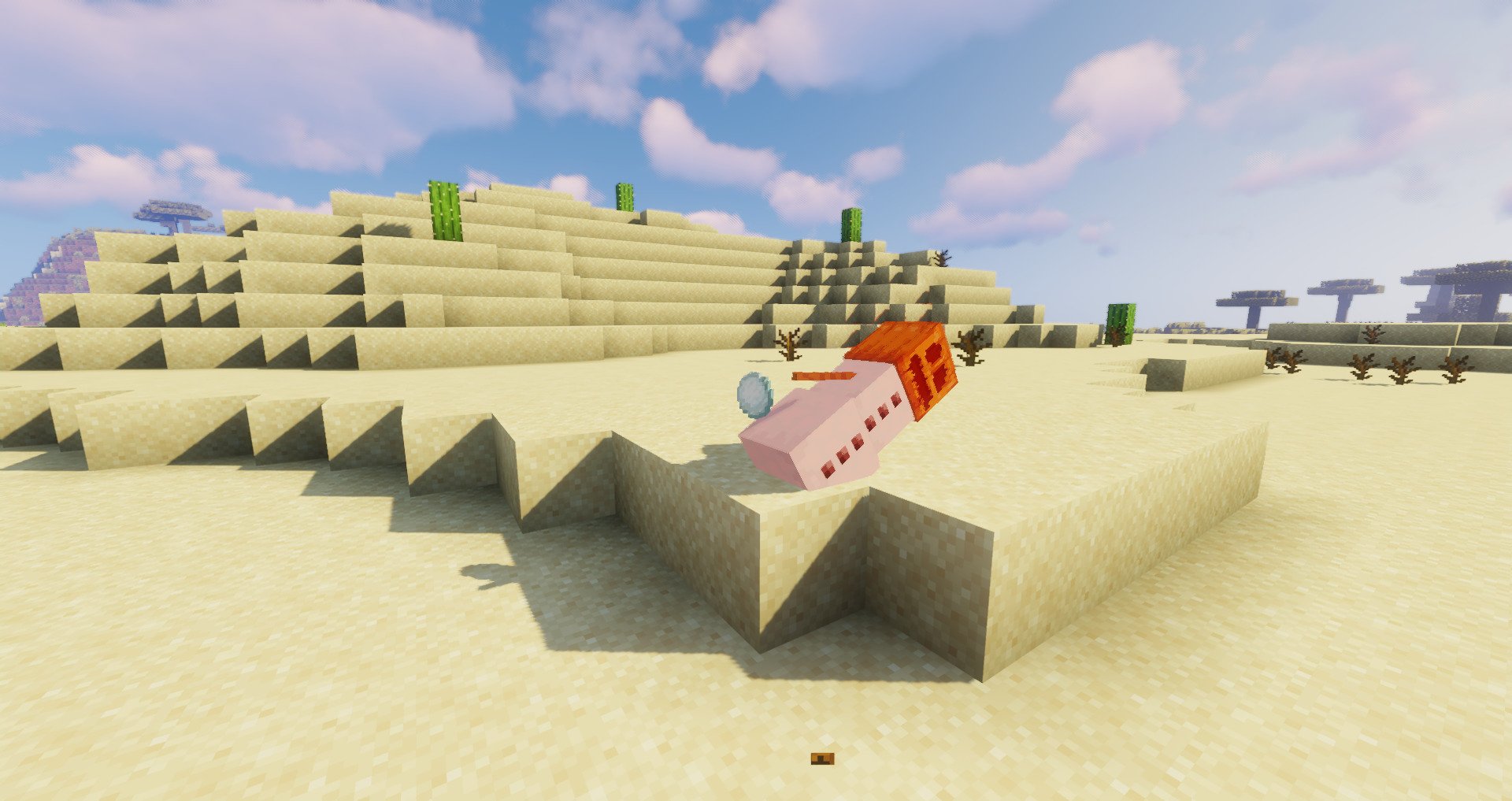 Skeletons, like zombies, will burn from the sun, but it has another weakness. Wolves, which can also be found in the game world, will attack skeletons. Yeah, doggos really like bones. 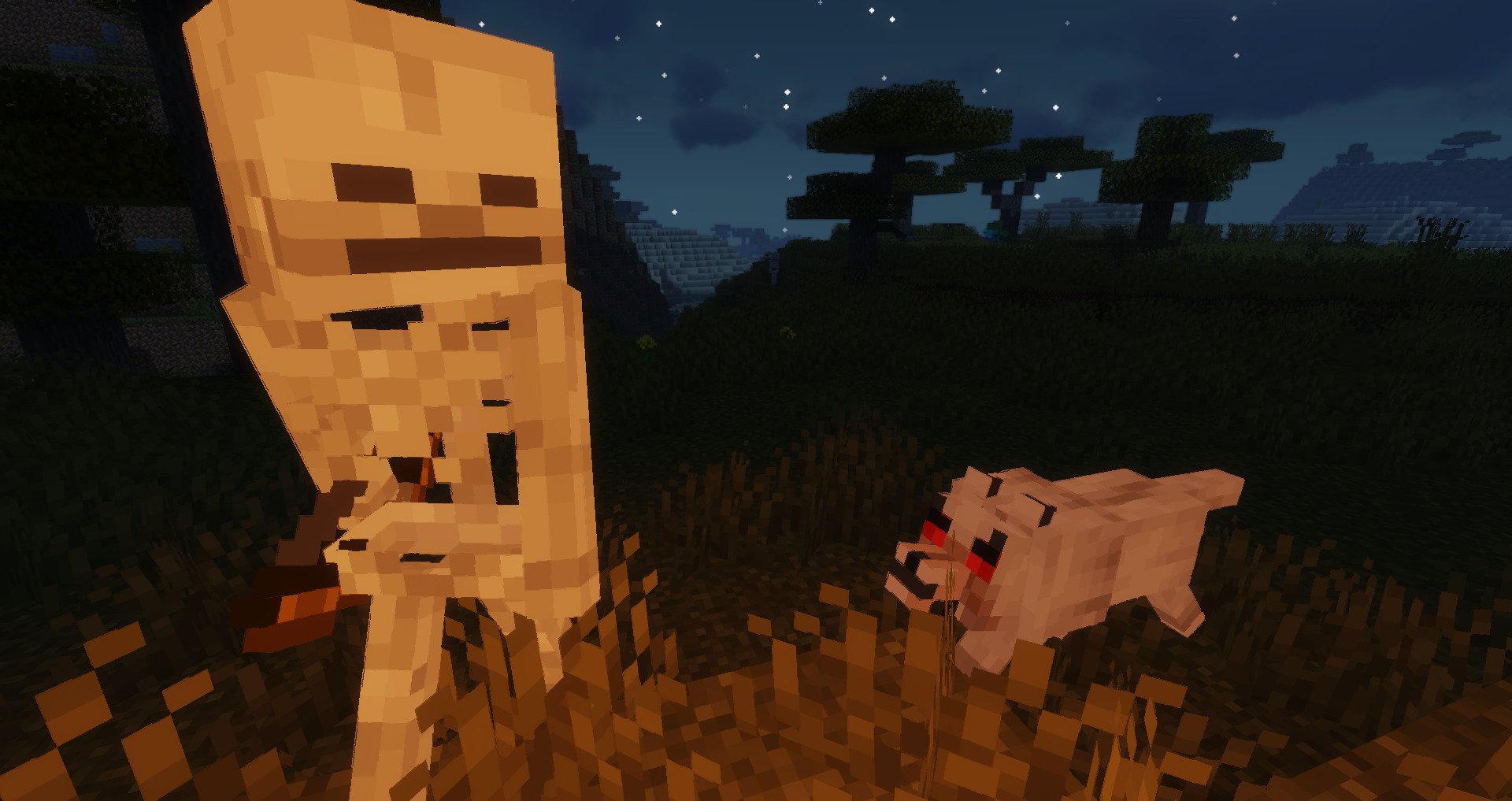 By many considered the most annoying mob in the game, phantom appears after more than 3 sleepless nights. It attacks only at night and, like zombies, or skeletons, will die from the sun.

Fish found in Minecraft can sometimes end up out of the water. As we all know, fish without water is dead fish after a while. And that is exactly the case this time as well.

Strider is a mob the got introduced to the game in Update 1.16 and can be found in the Nether. Its natural habitat is lava, so it shivers from the cold outside of it. Additionally, it is worth mentioning that water and rain will hurt him. 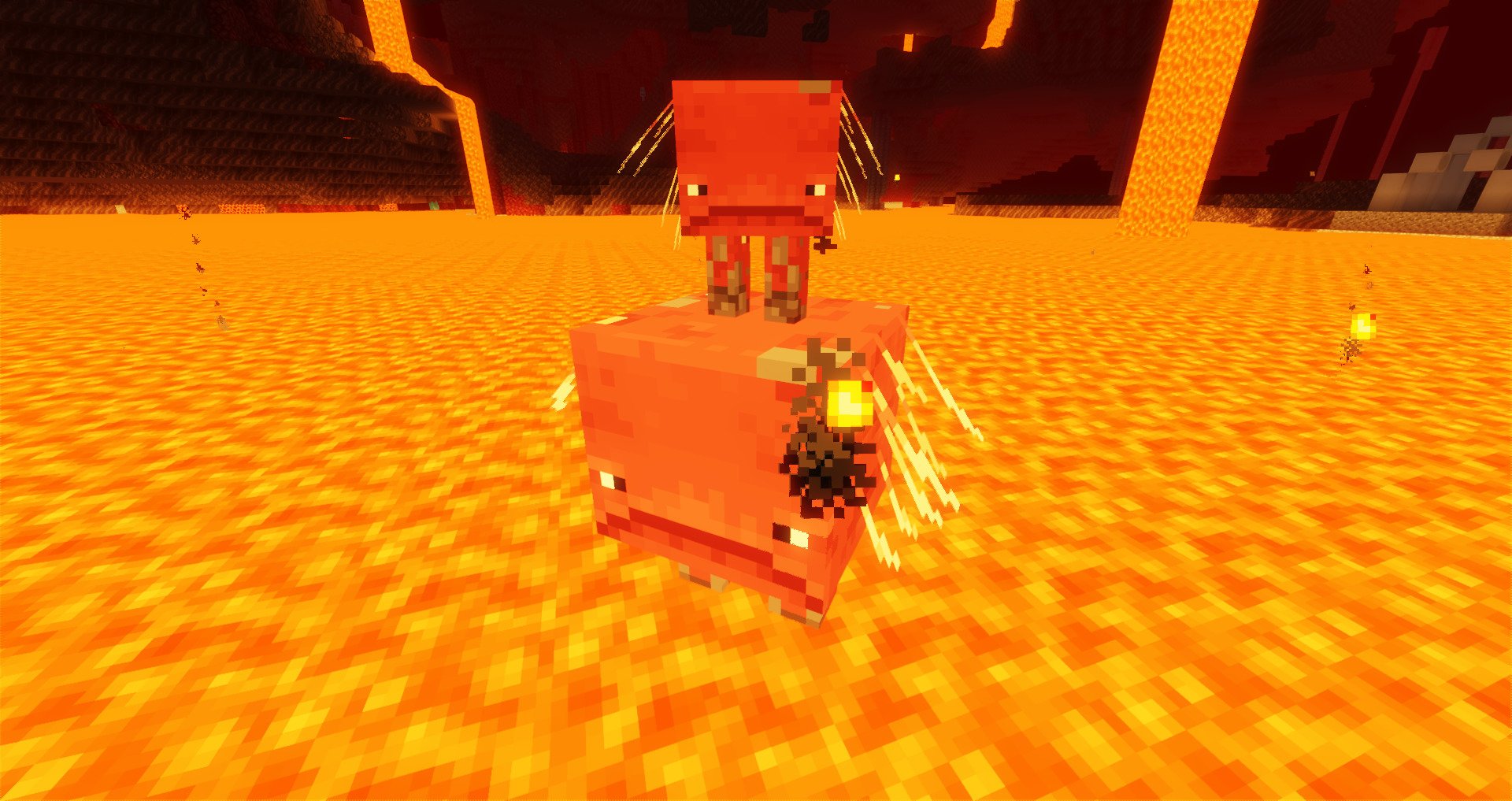 Instead of the Zombie Pigmen the creators decided to introduce a much more extensive race of Piglins. Unless the player is wearing a piece of armor made of gold​, these mobs will attack.

However, there is a way to defend yourself against them. Piglins are afraid of blue light, which can be obtained with special torches, lamps, or fire.