Minecraft has enriched itself with a mob version, meeting which for many people will be a big challenge.

The first part of the caves and cliffs update has already arrived in Minecraft and with it a lot of interesting new stuff that some players do not know about. One of the new features is Axolotl, mobs with several different color versions.

Meeting Axolotl is not particularly difficult, but there is an exception to this rule. All colors are fairly standard except blue. You have a 1 in 1200 chance to encounter him, making him one of the rarest mobs in the game by far.

READ MORE
15 of the most interesting Minecraft seeds for version 1.17. What do you absolutely need to check?

In total, the colors of these mobs are:

Of course, everyone is hunting for the rarest version. Some see blue here, others see purple, but regardless of the nomenclature, the chance of finding this color is 0.083%. 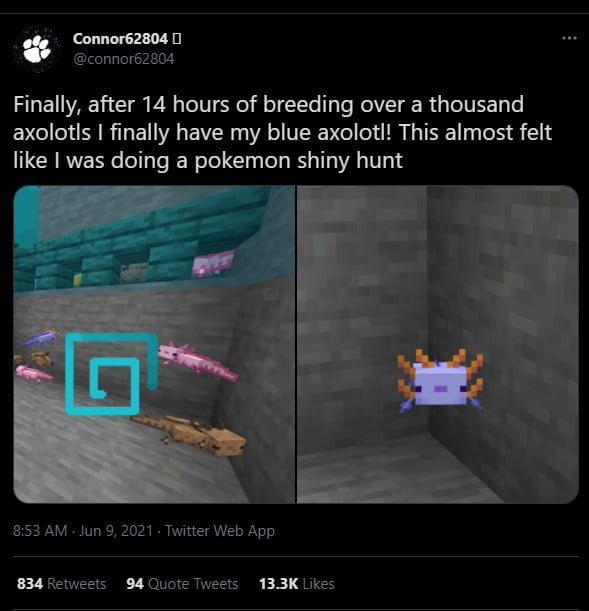 Therefore, you can search for it even after several hours, which some do. From the moment you find this version of Axolotl, it’s easier. You have a 50% chance that when breeding it, the young will inherit the color from one of the parents. 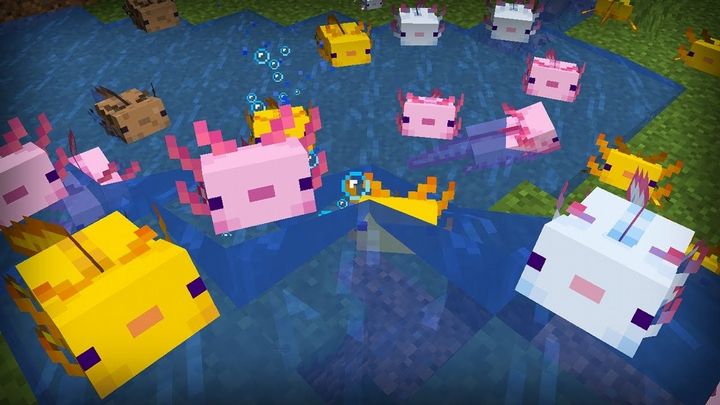 Interestingly, even on promotional graphics, this color is rare – it shows that it is really extremely rare. If you meet him, you can safely take a screenshot for him, you can see the next one after many hours.

People on Twitter even wrote that this is a bug that needs to be fixed. However, it seems Mojang planned to make the blue version so unique.