Overwatch players divided into those who greatly regret Jeff Kaplan’s departure and those who are happy that perhaps something will change eventually.

It is worth noting that not only Jeff Kaplan has recently left Blizzard. Over the course of several days, David Kim (Principal Game Designer WoW) and Omar Gonzalez (one of the creators of WoW Classic) also said goodbye.

Three really important people went away within a dozen or so days. Of course, players linked this to Blizzard’s bad internal situation. However, it is difficult to say whether something really happened there recently, or whether it was due to several different factors.

In the first hours after the announcement of Jeff’s departure, there was immense grief in the community. Almost immediately there were voices that: 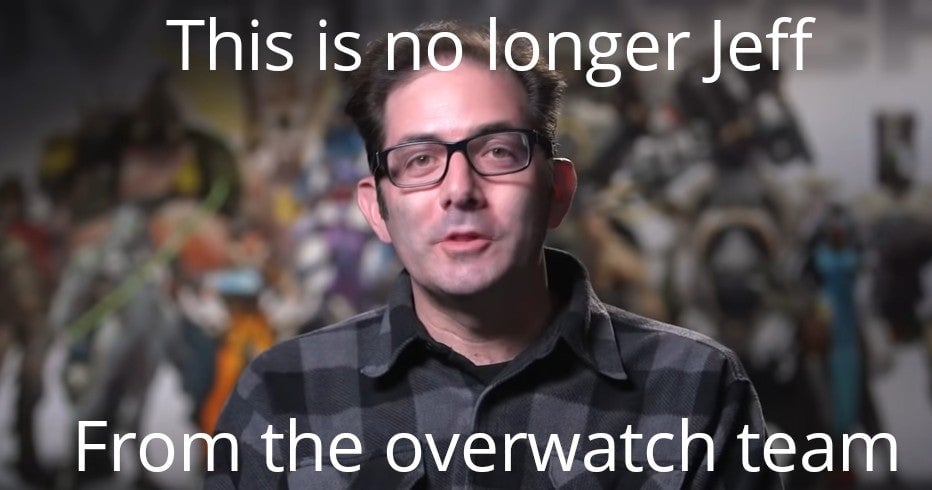 Call of Duty Warzone players, on the other hand, have looked at it asking where the problem actually is. There was a strong clash between the Overwatch players who hate Activision with people who have no major problems with how the mentioned Warzone works.

With time, more and more voices began to appear that, in principle, it could be a very good decision. For example, Metro indicated that Overwatch owes its condition not to money issues, but to bad directions of development. 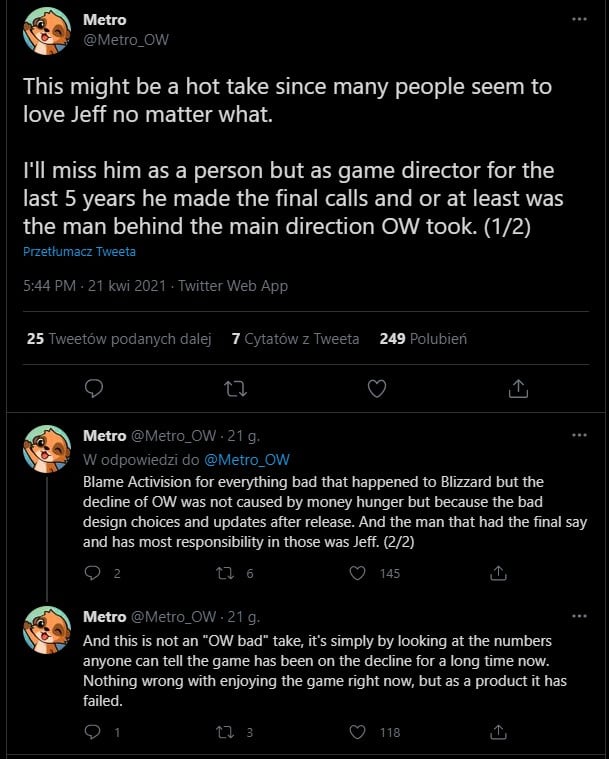 In fact, it’s hard to disagree that despite many interesting additions like Workshop, Overwatch simply froze at some point, long before Overwatch 2 was announced.

The truth, as always, probably lies somewhere in the middle. There are a few issues here that could have influenced what Blizzard’s production looks like today, which the whole world admired in 2016:

And there would probably be even more different reasons. The first such big blow that had a huge impact on the popularity of Overwatch was the complete cutting of leaks. Something that is still the driving force behind Fortnite, something that always evokes a lot of excitement in League of Legends, Valorant, or smaller online games.

Over the years, many key decisions have been made that ultimately led to what Overwatch is today. Character bans, role queue etc. On the other hand, you have to remember that at some point all the forces were shifted to OW2, so it is not known how the base game would have developed if the concept of “the second” had never been developed.

Blizzard does not provide any information on the number of players, and Google trends are not incredibly accurate, but according to them, Overwatch had the highest interest and at the same time a large decline back in 2016.

It is hard to assume that in 2016 the second part was thought of and the game was not developed with its successor in mind. So at the moment it is definitely not possible to assume that replacing Jeff Kaplan will only have bad results.