One of the Korean players was officially kicked out of the team. His contract was terminated and the organization issued an official statement.

Hangzhou Spark’s professional player Jeong-ho ‘MCD’ Lee was kicked from the team for his words to the Chinese player during the ranked. The words he used were after the translation “fuc***g Chinese”.

Surprisingly enough, the Korean player is with five other Chinese on his team. The organization did not hesitate and thanked the player for cooperation.

Kicked out of the team

The whole thing happened during the stream. The player did not write anything in the general chat but said to his audience.

On the official account of the organization, there was an appropriate message in which we read that such behavior contradicts the values of Hangzhou Spark. Consequently, the contract was terminated. 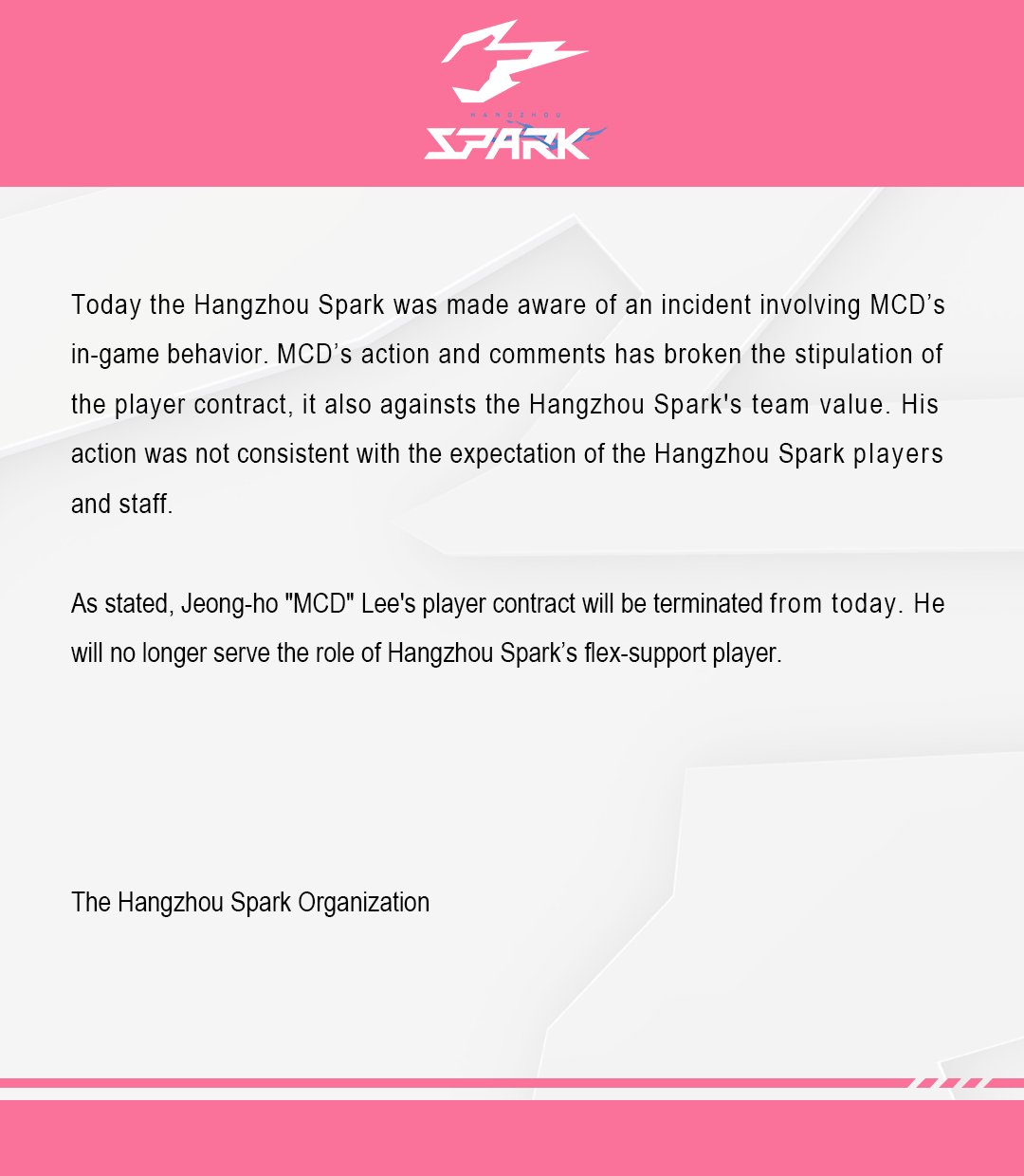 The organization’s decision was highly praised, and the community believes that no one should be insulted because of their origins. And such behavior is especially unbecoming for someone who represents an organization.