Yesterday, the crossplay function appeared in Overwatch. As always, it caused confusion, mainly due to assigning players to other regions.

Yesterday, many people reported that they are getting into completely different regions, making their ping significantly higher. There were so many such cases that Blizzard had to answer them. 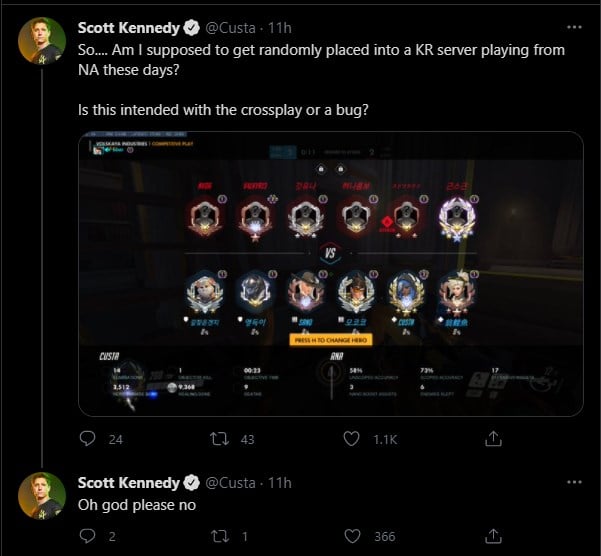 Simply put: you play, for example, with EU, and you meet opponents from Korea, on a Korean server with increased ping.

READ MORE
A brilliant trick in Overwatch with the Streaks emote can save a life. All because of this error

What does Blizzard say?

On the official forum, an extensive topic has arisen, which explains that currently searching for matches takes into account many factors and tries to choose the best server and players. In short, there is no division into regions, so you can’t just limit them.

As standard, it was ensured that developers would continue to follow all information sent by players and based on it decide on any further corrections.