As expected, skins from the All-Stars series have reappeared in the store.

It is difficult to clearly answer the question of why, but Blizzard decided to give players the opportunity to buy quite unique skins from the All-Stars series. Opinions on this subject vary widely on the web.

Some are happy that they can get what is considered relatively unique, others comment that skins should never be available for sale again. It seems, however, that at the moment most of the people are simply not interested in them.

Since cosmetic items have been the mainstay of Overwatch for some time now, players began to get bored of collecting them. Of course, it is still a very important element of the game, without which you cannot imagine a Blizzard’s hero shooter, but skins, emotes, etc. don’t evoke as much emotion as they used to.

Of course, it’s not that the skins might as well not show up. For many players, it’s still a treat to get more cosmetic items. Especially when it comes to the quite unique All Stars skins.

Blizzard has restored a total of 6 skins:

On this occasion, an official trailer was also released, showing the opening of something like a vault. Skins cost 200 tokens as standard.

Of course, the most exciting thing, regardless of the popularity of the character and Overwatch itself, is none other than Mercy. This is specifically about the skin that was added in 2018 as an opportunity to support the breast cancer research foundation. 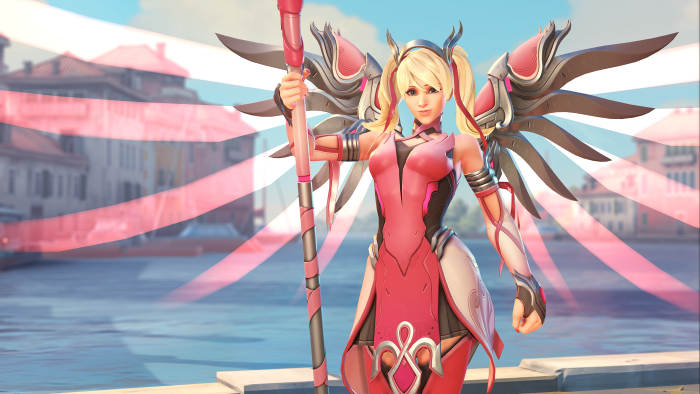 There are regular requests on social media and on Reddit to restore it. On the occasion of All-Stars skins, it is also not difficult to find the begging of the community. 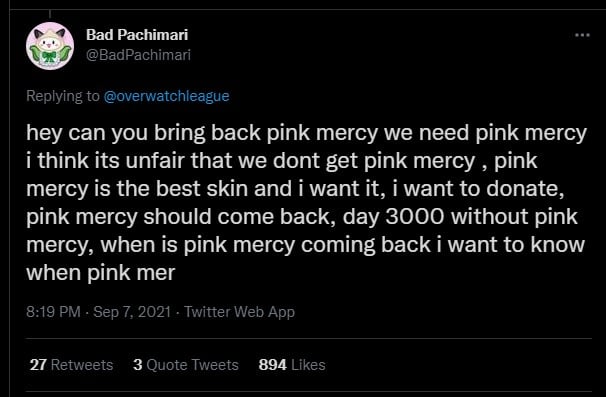 However, there is no official or even unofficial information on this subject. They are all mere guesses and theories without any confirmation.