Yesterday, although Blizzard may not have shown an incredible amount, it announced a very important change.

Due to the fact that no new characters or an additional mode that will replace 2CP were shown, all discussions and opinions about Overwatch 2 focused primarily on the change from 6vs6 to 5vs5. It sparked a lot of controversies, but it’s hard to say how much this is complaining about Overwatch itself and how much about 5vs5.

Surely Blizzard had to refresh the Overwatch formula, start fiddling more with the very core of the game. New modes, new maps, or even new characters seem to be insufficient to bring back

Overwatch to the top. OW has a very difficult task because it is classified as a typical online game. This means that regardless of Blizzard’s plan, it will always be compared with productions that receive their updates every 2 weeks.

READ MORE
Officially, Overwatch 2 will be 5vs5. The new composition is 1 tank, 2 supports and 2 DPS

What are the opinions about 5vs5?

Obviously, these negative 5v5 voices are easier to find. From what players write: 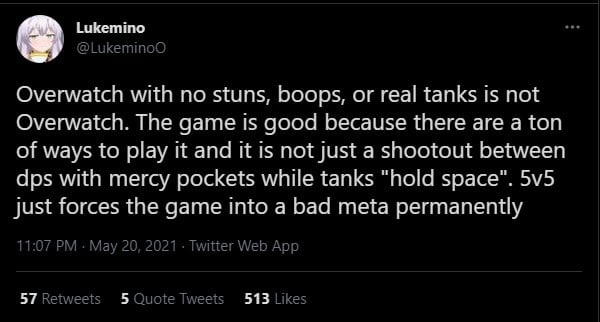 Losing a few characters is also a big concern of the community. In the sense that they will undergo such big changes that they will not be the same heroes anymore.

And although rework is only part of this type of production, in this case, the lack of Sigma or Orisa may be somehow unnerving.

Most players don’t even comment that 5v5 is a bad or a good decision. It’s just something else that could change Overwatch in ways that the developers have noticed and that the players themselves have not yet experienced. As for the listed positives: 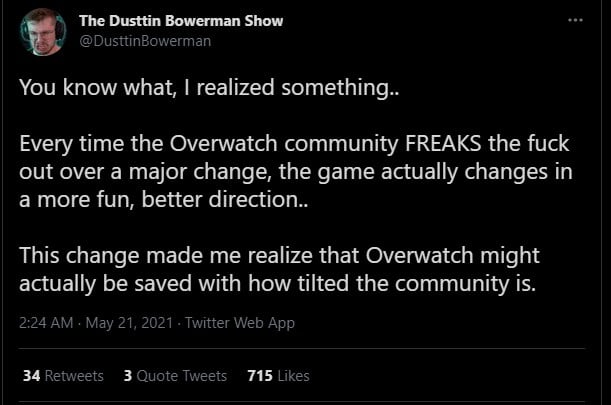 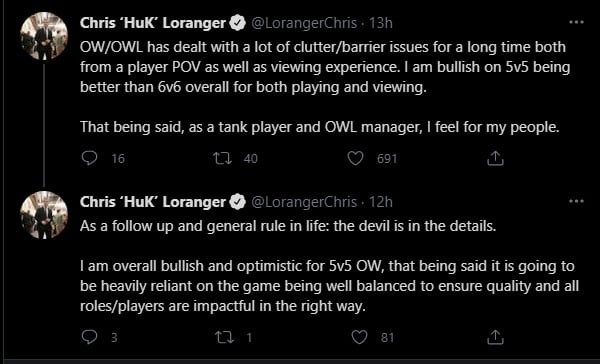 Is it worth reviewing 5vs5 right now? Everyone has to answer this question for himself. On the one hand, the fact that Blizzard has not been able to balance 12 characters on one map for a few good years is fearsome, on the other hand, maybe it’s just about refreshing something more, something that is the absolute basis of the game.

The truth at the moment is that if someone wants to complain about 5vs5, they will certainly find more than one reason for it. If someone wants to praise Blizzard for the idea of changing the size of the teams, they also have arguments with which it is difficult to argue.