The time has come for the announced Ultra Unlock event. What will be in the game this time?

As promised – after this year’s Pokemon GO Fest 2021, the Ultra Unlock event was supposed to hit the game. It is divided into 3 parts, the first of which is related to the creatures of past eras. On this occasion, the game will feature many themed attractions, such as new raids, quests, or event Pokemon appearing in the wild.

READ MORE
Summary of Pokemon GO Fest 2021 – how did players from around the world celebrate it?

The first part of Ultra Unlock in Pokemon GO

The flow of time has been disrupted! Dialga will be appearing in five-star raids, and Pokémon from various eras will be appearing more often. Look forward to encountering formerly fossilized Pokémon like Cranidos and Shieldon—if you’re lucky, you might even encounter a Shiny Cranidos or a Shiny Shieldon!

On the occasion of the event, the following attractions are planned:

Dialga in regular and shiny versions: 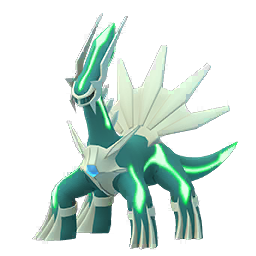