This year’s Pokemon GO Fest has come to an end. Was the event successful?

On July 17 and 18, 2021, Pokemon GO Fest was held – an international event related to the game from Niantic.

Players from all over the world received interesting attractions – both those who bought a ticket and people who decided not to spend real money. How is the past event recalled today? Was it successful?

READ MORE
The premiere of Pokemon Unite with a free pokemon. This is to be a LoL competition, or rather Wild Rift

Just like last year, an international Pokemon GO event took place in July. It all started on Saturday. The first day was focused on catching creatures and, just like in 2020, thematic environments were added to the game, which ensured the appearance of creatures of a different type. Each of them had a collector’s challenge that offered various rewards, including quite a few PokeBalls. 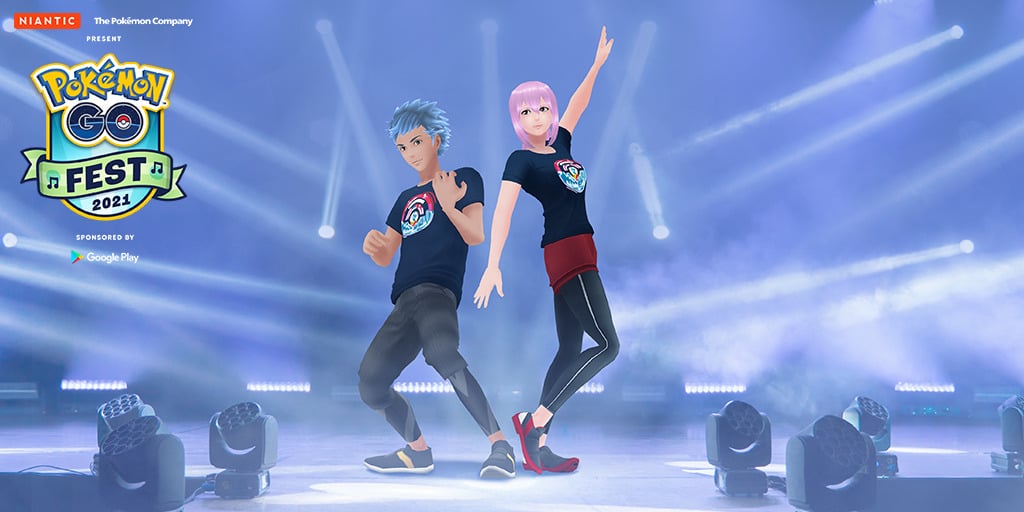 Once again, the first day offered global challenges that unlocked bonuses such as increased experience points or increased Stardust for catching Pokemon. The players showed that they can mobilize themselves very well – the first challenge was done really quickly.

Ticket holders, which this year was incomparably cheaper, got access to many interesting tasks, the main motive of which was music.

In addition to the prizes, you could choose tracks that somehow influenced the game, whether it changed the background music theme or offered Pikachu in a different outfit (Pop Star or Rock Star) and so on. After completing the tasks, players received a new Pokemon – Meloetta, a T-shirt with her image and an exclusive pose, which was again associated with music.

The creators promoted sharing players’ achievements or creating creative photos and uploading them under the tag # PokemonGoFest2021. It was clear that all participants of the event had a great time from the morning. Various photos circulated the world – you could see that some of the coaches spend their time outdoors, but there were also those who participated in the event from their homes.

There were also photos referring to music – players posed with Pokemon, playing guitar, singing or dancing.

It is worth mentioning that the tasks or challenges were designed in such a way that participation in the event and full use of the ticket was possible without leaving home. In fact, most of the quests were really simple and you could easily complete them after using Incense, which paid off after the first stage of the quests.

The only quests that consisted of covering some distance were “Hatch an egg” or “Walk 1 kilometer”, which as you know – is not particularly labor-intensive, especially when the distance needed to hatch eggs is reduced by half, and from the first stage of the tasks, you get Super Incubator, which further shortens this distance.

An interesting diversion in catching Pokemon was the fact that apart from the creatures typically associated with GO Fest, you could get Pokémon that under normal conditions do not appear in your country.

The next day of Pokemon GO Fest was also interesting, especially for people who like to take part in raids or want to make up for the shortcomings in the possession of the legendary Pokemon. Many creatures have returned to the game that can’t be caught on a daily basis. You could fight, among others with Kyurem, Palkia, Latias, Giratina, Cresselia, and Zekrom.

The second day was a period of intense fun not only for ticket holders but for the entire game community – literally, every coach had access to the raids. Also, each of the players could perform several short tasks.

This did not mean, however, that the people who spent the money on the ticket were loss-making. Everyone with a ticket received a box with free Remote Raid Passes and had 8 stages of simple tasks to complete – each of them consisted of the same ones, namely taking part in the raid (which did not even have to be won).

For completing such a simple task, the coaches received awards, including always one Remote Raid Pass. It can therefore be concluded that on the second day the ticket holders gained as many as 11 raid passes.

As always, a major event could not pass without various problems, but these were not significant enough to spoil the entertainment. On occasions, the pre-raid lobby did not display participants correctly – you could see how many people had joined, but you could not see who it was.

It also happened that some trainers had a problem with the quests – some of them were slightly delayed. It could also be a problem that inviting to raids can be tedious at times, but it is not a matter of the event itself, but of in-game mechanics.

Probably some players know that notifications about an invitation to a raid may come too late or an error appears after responding to the invitation. This could be a significant obstacle for players from small towns and villages, who did not have many places where raids appeared, which forced them to use invitations from friends from other cities or countries.

To sum up: was this year’s Pokemon GO Fest a successful one? According to a large part of the community, it certainly was. The ticket was incomparably cheaper than the one that appeared a year ago, and just like in 2020, the event also lasted 2 days, offered themed hours and a global challenge.

Day two focused on raids that allowed us to make up for the shortcomings in Pokedex. The themes of music, themed Pikachu, adapted soundtrack or poses were a lovely diversion and the exclusive accessories collected during the event will definitely be a great collectible item.