The creators announced another creature that will be added to the game soon.

Most Pokemon GO fans know that the annual Pokemon GO Fest international event is fast approaching. This year’s edition will take place in the middle of July and on this occasion, many attractions will come to the game.

Among the novelties, there will also be a new mythical creature, which was revealed on the official profiles of Pokemon GO. It is true that the creators did not say directly what it was called – they only showed its shadow, but part of the community immediately guessed what kind of Pokemon it was.

READ MORE
A strange bug in Pokemon GO – gym was disabled during the raid. What happened to the Pokemon?

Meloetta is a mythical normal and psychic Pokemon introduced in Generation V. In the Pokemon series, Meloetta has a second form that is activated by using the Song of Relic movement in combat. Thanks to this move, her original form – Aria Form – will become a Pirouette Form, which has normal and fighting types.

The existence of this Pokemon was announced on February 26, 2012. She was officially disclosed by Oha Suta on March 1, 2012.

Meloetta, despite having no gender, has a girly appearance and her hair resembles a staff. Its entire project refers to notes and music. The ornament on her head, which serves as a microphone earpiece, resembles a treble clef.

According to the artists from Unova, Meloetta’s beautiful music and dance inspired many people to create works of art, music, and songs. This made this Pokemon popular with both musicians and dancers.

In the Aria Form Meloetta can sing songs, while in the Pirouette Form she delights everyone with her dance.

Aria’s form is vulnerable to bug and dark attacks and is resistant to ghost and psychic attacks. 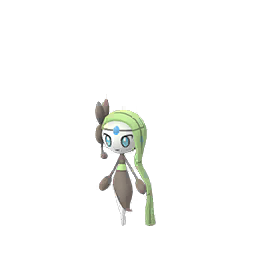 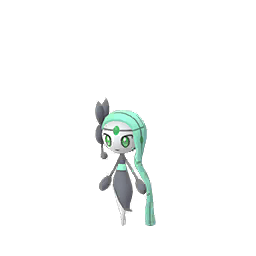 The Pirouette form is vulnerable to fairy, fighting, flying, and psychic attacks and is resistant to bug, rock, dark, and ghost. 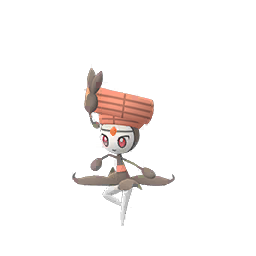 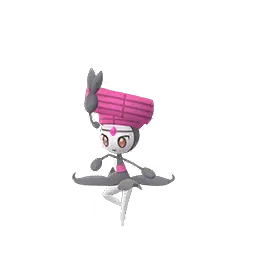