Another leak about a new game from Riot.

Over the past few weeks, we’ve heard about all sorts of uncertain information regarding Riot’s new game, Project L.

Uncertain leaks suggested a release date, platform, and more, but to what extent can we trust them? One of the employees of Riot Games decided to comment on this.

READ MORE
The Essence Emporium should appear in LoL soon, what will we find in it?

For the tenth anniversary of League of Legends, a new game from Riot Games has been presented, about which nothing is really known except for a few screenshots. On the Internet, however, there are a lot of leaks that are quickly gaining popularity. Among other things, a few hours ago “one of the testers” decided to reveal some information about the new game: 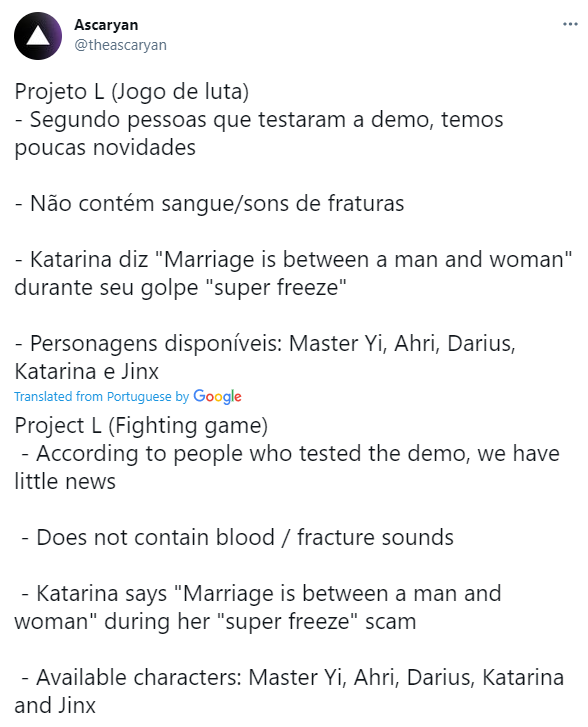 While a leak seems likely, and in fact there may be no blood effects in the game, and there are only 5 playable characters at the moment, this is not confirmed information and is presumed to be fabricated. One of the Rioters commented on this: 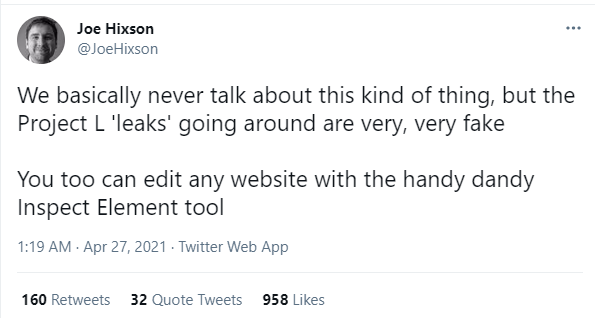 This means that Rioter openly admits that leaks are mere manipulation and we cannot trust them. In fact, the employee’s statement is extraordinary, because Rioters rarely comment on this type of “data leakage”.