PUBG devs want to create a new science fiction shooter? This is indicated by job offers.

The creators of PlayerUnknown’s Battlegrounds are looking for new employees, which is obviously indicated by the latest job offers from the studio. From them, you can conclude that the upcoming developers’ project will be a shooter set in the world of science fiction.

PUBG has been a huge success, but the game itself does not have more significant problems, which is why the developers have probably decided to start another project.

What is known about the new game from the creators of PUBG?

The project is currently called “Project: Vertical”. It’s supposed to be an “open-world shooter and science fiction action game” which sounds really interesting. It is quite possible that the game will delight, among other things, with its outstanding graphics, because the title is to be created using the Unreal Engine 4 engine. 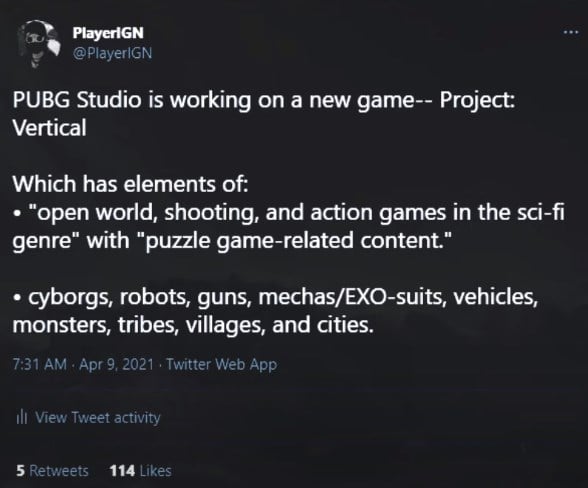 Some even speculate that it is supposed to be a continuation of PUBG, while the original title will no longer be developed. Anyway, it’s hard to say how much of this is true, as at the moment all information is based on minor leaks and job offers.