There are plenty of funny bugs and situations in The Sims 4, as you can see.

It is known that the simomaniac community has often shared with other players funny situations that they encountered in their gameplay.

Often these are ordinary bugs or game errors that cannot be reacted to anyway else except by laughing. This time, one of the TS4 players decided to share a funny situation that happened to him and his sim’s neighbor.

The neighbor’s husband dressed as a maid

A Reddit user with the nickname tribellatops shared with the community a funny situation that happened in his game. In his post, he explains that he lives in an apartment, and in its vicinity, in the same block, there is a couple who can be very loud and disturb other residents.

This time it was similar, the player was disturbed by too loud sounds of “love” coming from behind the wall, so he decided to knock on them. Of course, a neighbor answered, but something was wrong. To the player’s surprise, the neighbor was dressed in… a maid’s outfit. 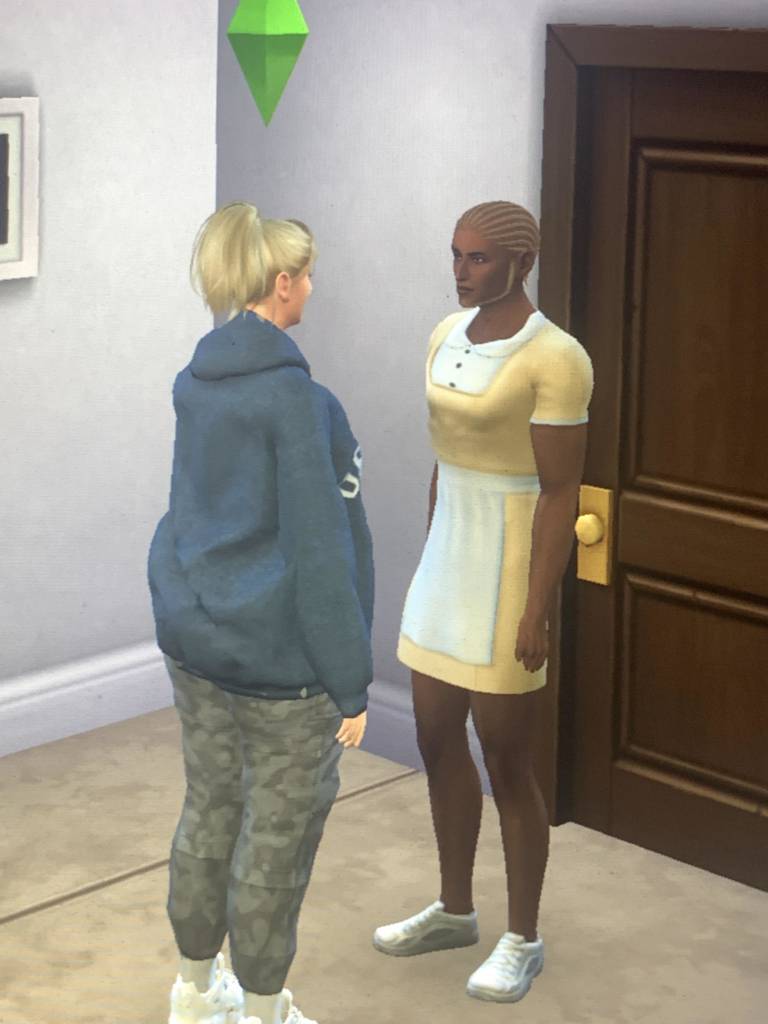 My sim just knocked on the neighbors, who heard quite loud sounds of love, and the husband, dressed in this way, opened the door for me.

You might think that this is some kind of bug in the game, or else this one failed to pick up that the outfit was set to female sims and accidentally assigned them to a male. Finally, you can see that the author’s sim is wearing Custom Content, and it is known that the game with mods can create various unusual creations.

Despite the fact that the commentators of the post are laughing that the neighbor’s husband at least has good legs for this outfit, they also mention that something like this happened with them as well. They claim that such situations usually happen to one of San Myshuno’s townspeople, Salim Benali, explaining that he is a terribly noisy neighbor who likes to do these kinds of things.

So it seems that this is not a bug in the game, and the author’s neighbors, just like Salima, also like to have fun in various ways. It also shows that the creators of TS4 are still introducing some novelties to the game so that it is not too boring and can still surprise them.