The Sims 4 announces new features in the game, this time related to, inter alia, gardening, and cooking.

Every Simomaniac knows that the creators from time to time work on free updates that add various new features that are to be added to the basic version of the game. Until now, usually such updates have not enjoyed great admiration among players, but for some time developers have been able to surprise with interesting things.

Not long ago, not only new hairstyles for each age group, starting with toddlers and ending with seniors, were introduced to the game in the free update, as well as many new switches for paintings and posters, but the main satisfaction among players was bunk beds that had never been seen before, even though the community had been asking for them for a long time.

This time, however, the developers added new functions mainly related to cooking and gardening. What do you need to know?

What does the latest free update bring?

One of the Maxis developers confirmed during the last Inside Maxis stream that a new update is coming to the game for all players who have the base version of the game. He announced that there would be new cooking and gardening features, but also a completely new hairstyle.

Below, you can see the new hairstyle that staff referred to as the “modernized version” of the large afro that has recently been updated.

In addition, it was confirmed that now the obligation to cook will not rest on just one person. This means that after the update it will be possible to cook practically the whole family (including children) or with friends – up to a maximum of five sims.

For this reason, there are several benefits to cooking together: 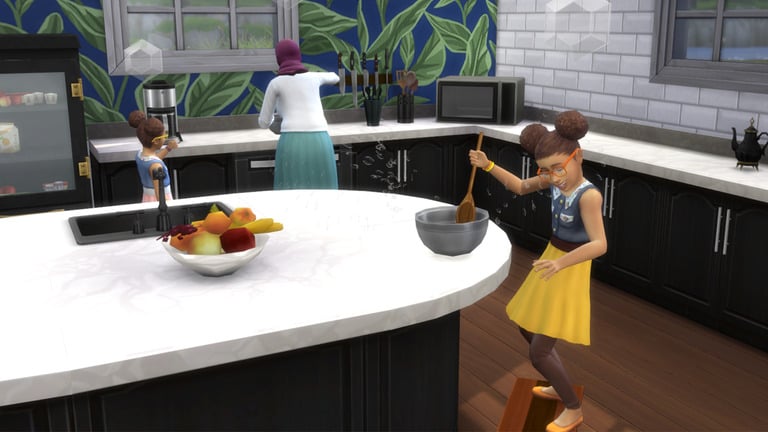 The next big change is the possibility for children to take care of the garden. With the new update, children will be able to water plants, pick up weeds, plant and harvest crops, but will not be able to use the vertical garden, which is included in the expansion – Eco Lifestyle.

Of course, not everything will be unlocked from the beginning – before children can pick up weeds, cultivate, harvest or plant, they will first need to increase their mental skills, but they will be able to water the flowers from the very beginning.

If it turns out that any of the older sims, i.e. teenagers, young adults, and older sims, have the appropriate level of gardening skills, they will be able to improve their bond with the child by teaching them about gardening, which will also increase the toddler’s mental skills.

If that was not enough, it was confirmed that toddlers and children would be able to talk to plants, which the creators described as “a lovely social interaction”. 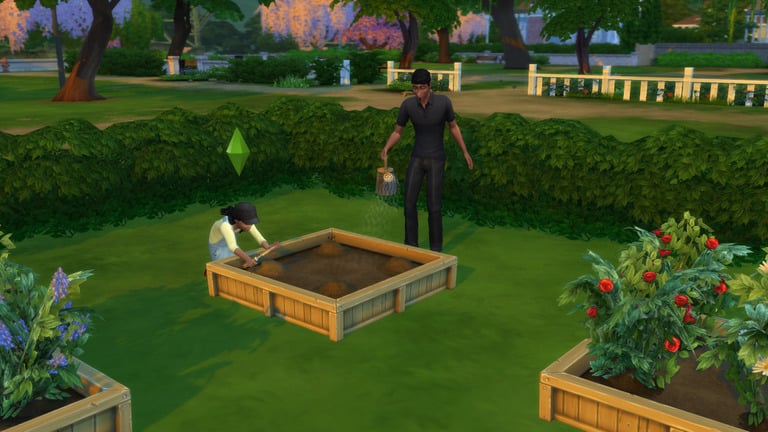 SimGuruBat announced that the new update, especially on the elements of gardening, will be a perfect match for the upcoming Cottage Living expansion, which focuses primarily on rural life, gardening, and animal husbandry.

However, the exact date of the free update has not been confirmed yet, but developers are sure that it will come before July 22, i.e. before the release of the latest expansion. This means that a new update can be expected in the next two weeks.

the sims 4The sims 4 update