Developers working on the mobile The Witcher have answered community questions.

It’s no secret that many people are already playing the new The Witcher with an APK file downloaded from third parties. This is exactly the same situation as with Wild Rift – the mobile League of Legends from Riot.

Gamers wondered if they are exposed to any consequences when installing the APK file. The developers on the official Discord server explained what it looks like from their perspective.

READ MORE
How to play The Witcher: Monster Slayer before the premiere?

One of the fans on discord asked the devs what do they think about playing through APK file. Officially, it can be said that using the APK is in a sense piracy – it gives you access to something that a certain number of players have access to. 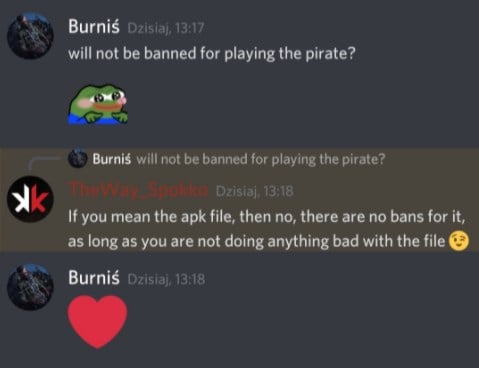 It turns out that Spokko, the publisher of the game, has no problems with this type of files, and there are no plans to ban players at the moment. So we have exactly the same situation here as with most games that could be played before – the developers don’t mind as long as you don’t do anything wrong with the file or the game itself.