Even before the official premiere, the creators of the mobile The Witcher introduced a very big change when it comes to payments.

The beta version of the new mobile game from the Witcher universe was not perfect. Players have complained about several things, including but not limited to the Pay2Win aspect. What’s good, however, is that Monster Slayer received an update that responds to criticism even before its release.

Quite a lot has changed, in addition to the prices, the developers have introduced over 20 new monsters, changed some recipes, the frequency of items dropping etc. Overall, the patch was very positive by the players.

READ MORE
The creators of The Witcher: Monster Slayer answer if you can get a ban for playing before the premiere

As commented by the community gathered around the game, the most important thing is not even the value of the gold by which the prices have been reduced, but the very fact of their reduction. This means that developers listen to players and react to feedback.

As a reminder, the price of basic silver swords was around 2,000 gold. How much time should you spend in the game to get such a sword? On average, players say that with a few hours of play a day for a week, they earned around 800-1000 gold pieces. The community was not very happy with how the prices were presented, and the developers apparently took their opinions to heart.

The prices have been reduced and now you can have a silver sword for 1,800 gold. 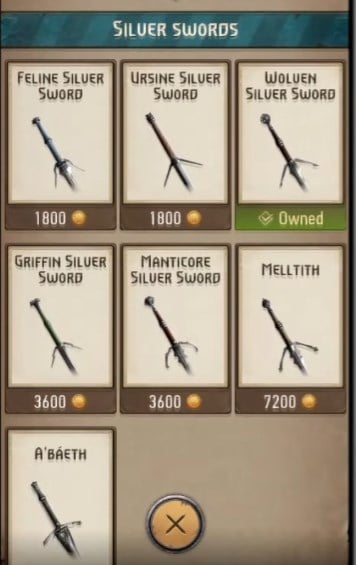 Of course, most people waiting for the premiere do not say anything at all, but you need to know one thing – the creators look at the response and introduce the expected changes. And this is a very good omen for the future.