A new mode is coming to Valorant? It is supposed to be revealed by a certain strange mechanic that has been discovered.

Yesterday, Valorant got a new update that introduced Act 3 of Episode 2. You can read more about it in this article. Along with it, new files were added to the game, the exploration of which, of course, was undertaken by leakers.

Their work shows that developers may be preparing a new mode in which it will be possible to “knock down” opponents and resurrect them by teammates (and it’s not just about Sage).

What is the mechanic that reveals the new mode?

A player’s “knocked down” state in Valorant is to have the following characteristics: 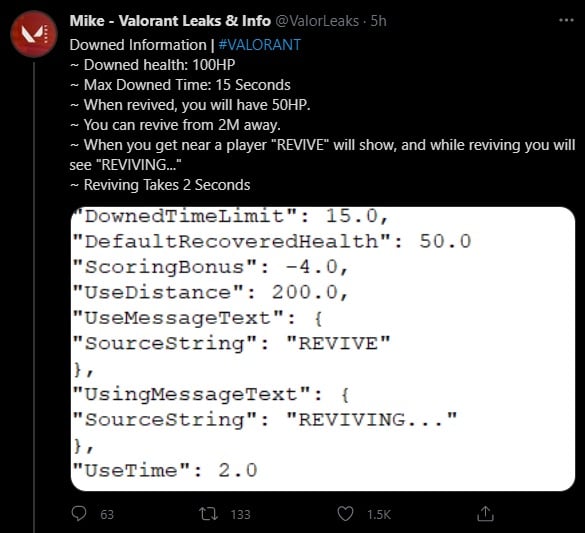 It’s hard to say what the developers may be up to. A large part of the community speculates that Riot is preparing a new battle royale mode, which is very likely. On the other hand, developers may want to surprise players and create something completely new, for which the “knocked down” state of the player will be used.

We will probably find out everything in the next few updates. There is also the possibility that Riot will share teaser beforehand.