Developers are going to change the prices of weapons in Valorant? This is what it looks like.

Valorant’s developers are constantly making changes to the game, which are intended to affect its benefit.

Recent leaks indicate that the next change in the game concerns primarily the economy. Well, the prices of weapons and maybe some skills will change.

READ MORE
1 act of the 3rd episode in Valorant. Everything about the Battle Pass, Levels, Awards

What will the weapons menu look like after making changes?

Below you can see what the shopping menu will look like with these changes. Most of them are price cuts, mostly for pistols or SMGs. Marshal and machine guns will also become a bit cheaper. Lowering the prices of the latter, perhaps, will slightly encourage the gaming community to buy them more often. 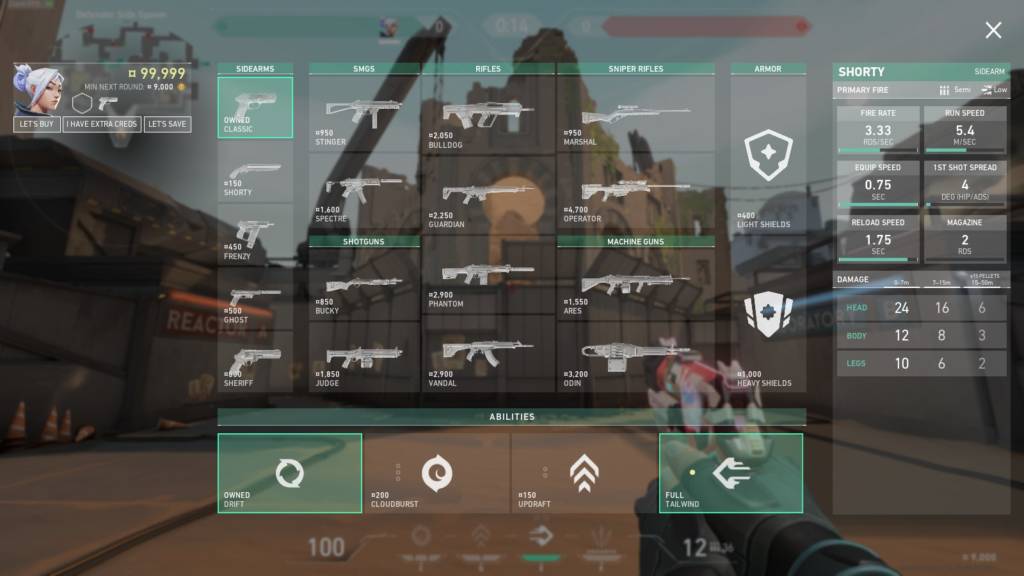 Such a change, despite the rather small price reductions, is of course associated with a certain modification of the economy, because players will be able to distribute their budget differently. As a result, it will be a bit more difficult to predict the resources players have and what assortments they will be able to afford.

It is worth taking this information with a grain of salt, because it is only a leak and in fact it is not known when this change will be introduced or whether developers will decide to do something like this.