This year, new decisions are expected to affect a really large part of the world, including Europe, Brazil, Latin America, Russia, and Turkey.

What do you need to know about changes to Valorant price lists?

First, it is worth noting that all changes will be introduced to the game on September 8. By then, worldwide, including in non-affected regions, a promotion will be launched that doubles the amount of additional currency you receive on purchase. This means that so far when purchasing the 1900 VP kit, you received an additional 150 VP, now it will be as much as 300 VP.

The promotion will come into effect on August 23 and will last until the price list is changed. This one is due on September 8 also. You can see the exact list of changes below: 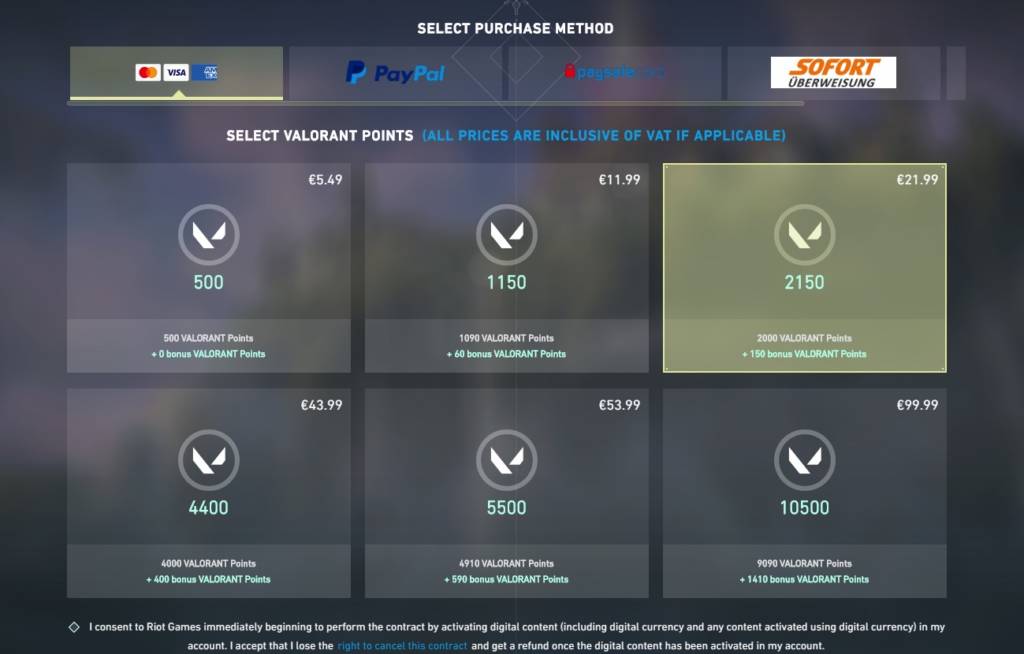 Promotion on VP seems to be quite profitable, especially for people who were going to make such a purchase in the near future. It will be in place for just over 2 weeks so there is quite a bit of time left to use it.