Riot Games developers came up with a very interesting idea. They will combine one event in all their games.

A graphic has leaked on social media showing a new set of skins for Valorant. At first glance, it’s easy to see that it was created in the style of the Ruination event, i.e. an event that will take place in League of Legends, Teamfight Tactics, Wild Rift, and Legends of Runeterra.

In this way, Riot Games developers combine all their titles, which is a really interesting procedure that takes place for the first time in history.

How does the new set of skins for Valorant look like?

In the picture below, which was posted on his social media by the leaker “Mike”, you can see a set of skins coming to Valorant. It looks very interesting and even impresses with its unusual colors. It will probably be added to the game as part of an upcoming update. 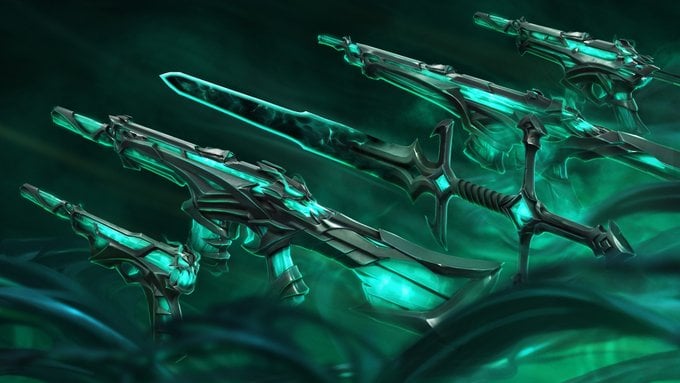 It is hard to say whether, apart from the cosmetic additives, the event will have any significance. Sentinels of Light in LoL is a very complex event, so it is very likely that the developers have prepared something more for Valorant.