Fracture is by far the most unique map in Valorant. It’s about building it.

Two days ago, we reported that Riot officially unveiled a new map that will soon go to FPS. The new map in Valorant will introduce new rules to the game.

We are talking here mainly about its shape, which forms the capital letter “H”, but this is not the biggest surprise. It is the respawn site of the defending side, which has been placed in the center of the entire map. Thanks to that the defenders can take the first step.

Usually, defending players were respawned in such a way as to play passively

On Fracture, the defending team is spawned in the middle section of the map to defend detonation sites on both sides. The transition from one area of the map to the other has been facilitated by ziplines or zip-lines. It can be safely said that this is a change in the rules of the game because as a rule the defensive team is placed in a position that does not encourage aggressive play. Here, however, it is different and the defending team is in the position to attack first.

In addition, Fracture is an interesting map in that it contains two mirrored versions of reality. This could be preparation for the story-driven element of Valorant, which will explain why two versions of the same agent can face each other in a match. 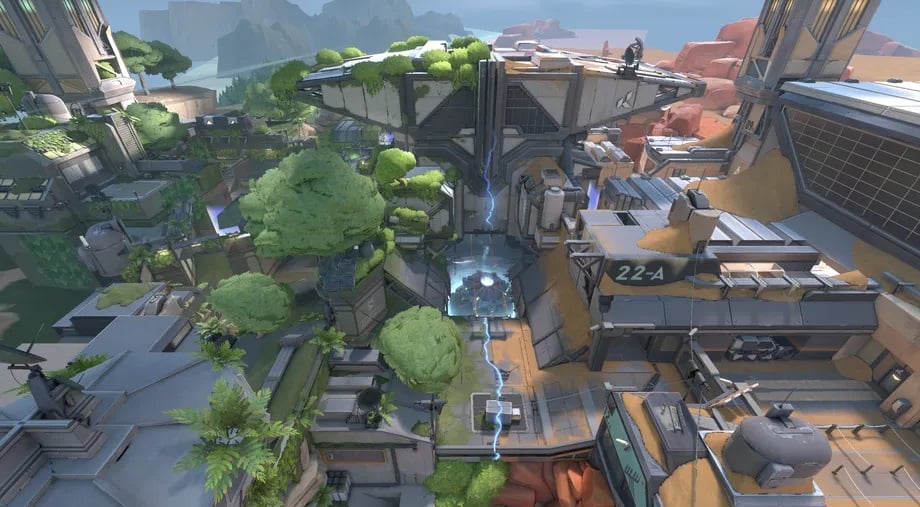 The map is to officially appear in the game as part of update 3.05, while this one will come to Riot’s FPS probably next week, on September 9 to be precise.